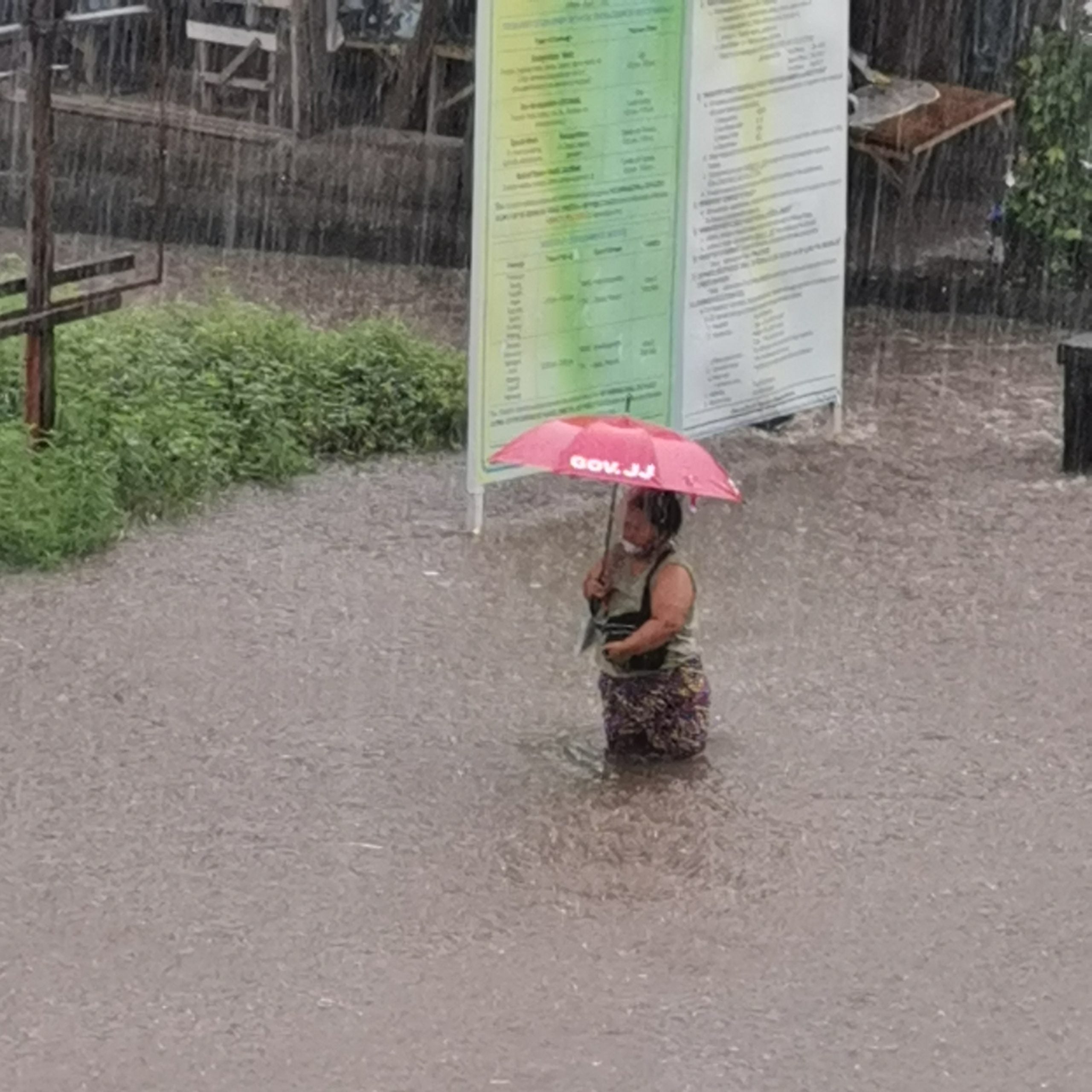 A woman wades through a flooded street in downtown Mambajao, Camiguin on Tuesday (Jan. 12). Photo by JOHN SIMBORIOS

Capt. Francisco Sabud Jr., officer-in-charge of the police regional information office, said the severe weather was aggravated by a tornado that struck the mountainous region of Camiguin past noon on Tuesday.

“The flood waters turned the roads in Mambajao town into muddy rivers,” Sabud told the Inquirer over the phone. 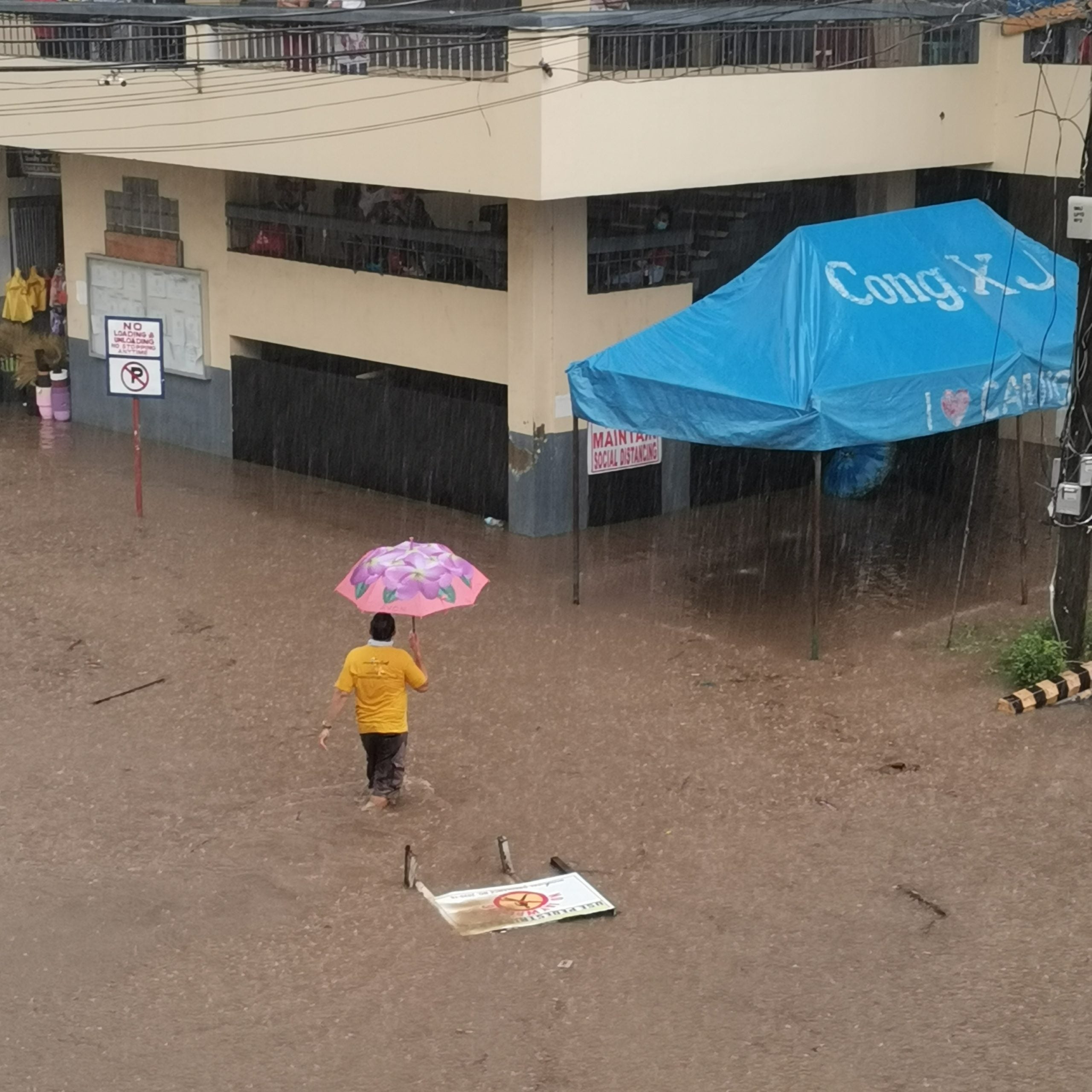 A man braves a flooded street in Mambajao, Camiguin on Tuesday (Jan. 12). Photo by JOHN SIMBORIOS

Sabud said the mountain road to the observatory station of the Philippine Institute of Volcanology and Seismology was blocked by fallen trees.

The Provincial Disaster Risk Reduction and Management Office reported that at least 95 individuals had to be evacuated to safety.

“The flood rose in a matter of minutes,” said John Simborios, provincial director of the Technical Education and Skills Development Authority (Tesda). “First the water was clear then it turned into murky brown,” he said.

Simborios said he had advised all Tesda employees in the province to go home for fear the flood might trap them.

He said knee-deep floods swamped the area near Mambajao public market and stopped vehicular traffic near Camiguin School of Arts and Trade.