Trump shores up Pence ties as Democrats move to impeach

The meeting in the Oval Office – described as “a good conversation” by a senior official – came ahead of a critical 48-hour period when Pence will come under pressure to break from the president and initiate his removal. 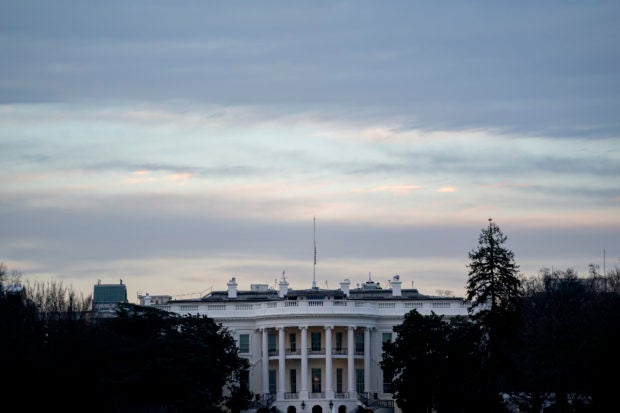 Just eight days before his term ends, and nearly a week after a failed insurrection scarred the seat of America’s democracy, Trump heads to Texas on Tuesday in one of his final trips as president, desperate to reach friendlier territory so he can tout his administration’s successes.

In Washington, though, he is the target of efforts to remove him from power, including a historic second impeachment, this time for “incitement of insurrection” over his supporters’ deadly breach of the Capitol building.

First, the House of Representatives will vote Tuesday on a longshot bid to get Pence and the cabinet to invoke the US Constitution’s 25th Amendment, which would declare Trump unfit to perform his duties and install Pence as acting president.

Pence’s meeting with Trump appeared to quash any prospects of that outcome.

The two men “reiterated that those who broke the law and stormed the Capitol last week do not represent the America First movement backed by 75 million Americans, and pledged to continue the work on behalf of the country for the remainder of their term,” the official said.

Democrats will then follow up with impeachment proceedings, including a House vote expected Wednesday.

The move – which threatens to torpedo any hopes of a political future for Trump – could make for a tense culmination of four years of controversy ahead of Joe Biden’s January 20 inauguration.

While Biden’s transition team expressed confidence in the ability to hold a safe inauguration, the FBI warned in an internal memo that armed pro-Trump protesters could seek to disrupt the inauguration.

The bureau, according to ABC News, also received information on a group seeking to “storm” government offices in all 50 states on Inauguration Day.

Authorities are seeking to arrest more people who raided the Capitol after a rally by the president when he repeated false claims that Democrats stole the election through fraud. The siege left five people dead.

Military personnel have flooded into Washington, where as many as 15,000 National Guard troops could be deployed.

In the US Capitol on Monday, where security has tightened substantially including a metal fence around the building, Republicans blocked immediate passage of the 25th Amendment resolution, forcing a debate and House vote.

Speaker Nancy Pelosi hit out at Republicans, accusing them of enabling Trump’s “unhinged, unstable and deranged acts of sedition to continue.”

“Their complicity endangers America, erodes our Democracy, and it must end,” she said in a statement.

Trump has been largely silent in recent days, making few statements and holding no news conferences. He has been banned from Twitter, his favored public platform, for language that could incite violence. 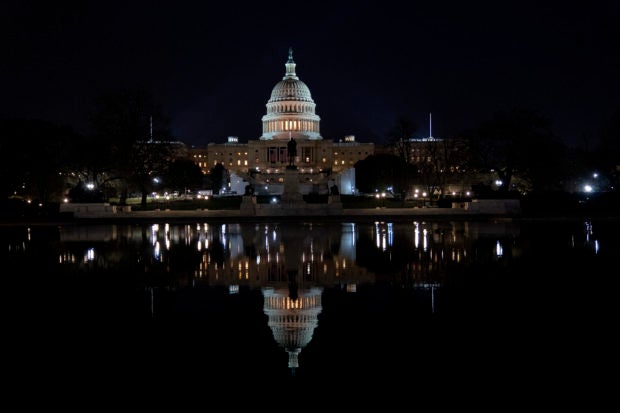 Support appeared to be crumbling within his inner circle. Chad Wolf, acting secretary of the Department of Homeland Security which safeguards the inauguration, resigned on Monday, the third cabinet member to quit since the riot.

In the Republican-controlled Senate, which is on recess until January 19, top Democrat Chuck Schumer is said to be considering a rarely used maneuver to force the chamber back into session under emergency circumstances to more quickly open an impeachment trial.

But some Democrats have expressed concern that a trial would hamper Biden’s efforts to get his cabinet confirmed and quickly lay out his agenda, starting with the fight against the coronavirus pandemic and the need to support the economy.

Biden, speaking in Delaware after receiving his second dose of the coronavirus vaccine, told reporters he was talking with congressional leaders to see if it were possible to “bifurcate” the process.

He proposed working “half-day on dealing with impeachment, and half-day getting my people nominated and confirmed in the Senate as well as moving on the (economic) package.”

The attack on Congress shook the core of American democracy and drew international condemnation. Trump is accused of whipping up the mob into storming the chambers as lawmakers certified Biden’s election win.

Trump was already impeached once by the Democratic-controlled House in December 2019 for pressuring Ukraine’s president to dig up political dirt on Biden. He was acquitted by the Republican-majority Senate.

Even with time running short, House Democrats likely have the votes to impeach Trump again and congressman David Cicilline, who introduced the resolution, told reporters afterward he expects it will find Republican backing.

“This was an attempted coup to overthrow the government, and we have a responsibility as Congress to respond to that,” said Cicilline.

Although two Republican senators – Pat Toomey and Lisa Murkowski – have publicly called on Trump to resign, Democrats are unlikely to muster the two-thirds majority needed to convict Trump in the 100-member Senate and remove him from office.

Any conviction would likely occur after he is no longer president, but it would disqualify Trump, who may consider a White House run in 2024, from holding public office again.