Arbolado named President and CEO of PDI; Prieto-Romualdez is CEO of Inquirer Group 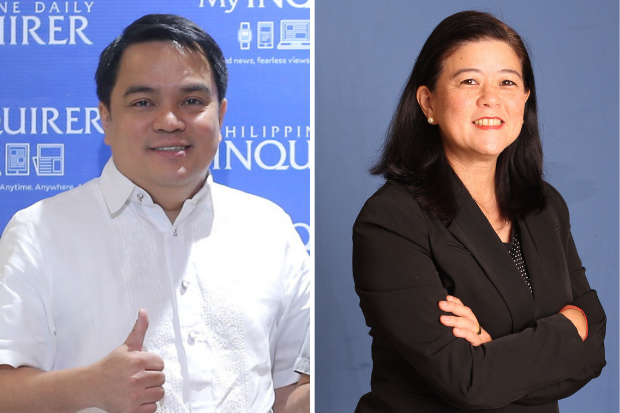 MANILA — Philippine Daily Inquirer’s (PDI) Chief Operating Officer Rudyard S. Arbolado has taken over effective the start of the new year as President and Chief Executive Officer of the country’s largest newspaper, PDI’s Chairman of the Board Raul Palabrica announced on Tuesday.

Palabrica said PDI’s former President and CEO Alexandra Prieto-Romualdez “relinquished her position so she can focus on her duties and responsibilities as CEO of the Inquirer Group of Companies (IGC).”

“She is assuming the helm of the IGC with the singular objective of making its member companies more productive and efficient, and in a better position to realize their corporate objectives. She will continue, however, to remain a member of the board of directors of our Company and other IGC affiliate companies,” he said of Prieto-Romualdez.

In a letter to PDI and IGC officials and employees, Palabrica congratulated Arbolado on his new position as he thanked Prieto-Romualdez “for her 27-year leadership” and wished her well in her new “challenging role.”

Palabrica said Arbolado was elected to his new position by the Board of Directors on Dec. 10 last year which became effective last Jan. 1.

Arbolado has been COO since 2018 where he had embarked on programs that resulted in “positive growth in advertisement and subscription revenues, maximization of resources and reduction of operating costs.”

Previously, Arbolado was PDI’s chief finance officer and head of Finance and supervised Finance and Accounting, Credit and Collection, Financial Planning/Budget, and Treasury, and had helped in enhancing their operational efficiency.

“The Covid-19 pandemic, a phenomenon that has (and continues to) adversely affect businesses in the country, tested the leadership mettle of Rudyard and he passed with flying colors,” Palabrica said.

Before joining PDI, Arbolado served as its General Counsel in 2008. He was an associate lawyer at the ACCRA Law Office and also served as consultant at GMA New Media Inc. and Unicapital Securities Corp.

“I am honored and humbled to accept the appointment as President and CEO of PDI. I am filled with boundless gratitude for the confidence you have placed in me, and I promise that I will strive with all that I have to meet your expectations in making this appointment,” Arbolado said, addressing Palabrica and the board.

“I follow a remarkable leader. Our President and CEO Sandy Prieto-Romualdez has made significant and lasting contributions to our company and our country by ensuring Inquirer delivers on its commitment to balanced news and fearless views to the reading public,” he said, adding his hope “to build upon (Prieto-Romualdez)’ legacy.”

“I am 100 percent confident that Rudyard is capable of taking on the stewarship of PDI. He has got the skills and competencies and more importantly, he has the passion and energy to pursue the vision and mission of PDI to tell the Filipino story and be a catalyst for social progress and change,” Prieto-Romualdez said.