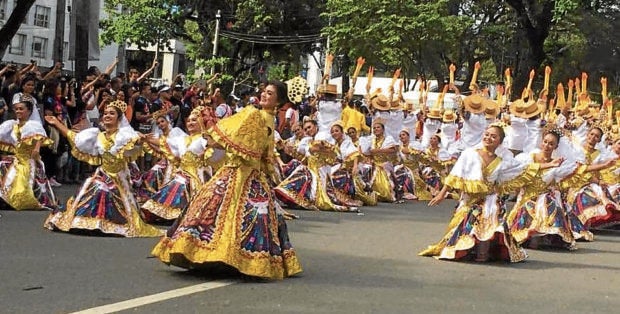 DANCE FOR CHILD JESUS Performers garbed in colorful costumes dance on the streets of Cebu City in honor of the Sto. Niño during the Sinulog Festival grand parade on Jan. 19, 2020. This year’s festival has been canceled because of the pandemic. —NESTLE SEMILLA

CEBU CITY—For the first time in 41 years, the Sinulog grand parade, one of the largest and grandest festivals in the country, was canceled for fear that it might trigger yet another surge in COVID-19 cases in the city.

Vice Mayor Michael Rama, who was appointed by the mayor to lead the preparations for the Sinulog Festival 2021, announced on Saturday that organizers had decided to call off the event, barely a week before the supposed virtual dance showdown.

“There has been an increase in the number of active cases in the city. We don’t want to add up to the problem. The safety of our people is our primary concern,” Rama said in a media interview.

The decision came even before the Inter-Agency Task Force for the Management of Emerging Infectious Diseases (IATF), the temporary body overseeing the government’s response to COVID-19, ruled on the request of its regional office to disallow Sinulog performances, including prerecorded presentations, to stop the spread of the coronavirus.

All 21 groups that were supposed to participate in this year’s Sinulog grand parade were immediately told by the city government to stop their rehearsals.

The grand parade, the highlight of the festival held every third week of January, is an hourslong street dance extravaganza that had drawn millions of spectators.

Dance in April instead

Contingents, many with performers numbering to about a hundred, come from all the country, don colorful costumes and props, and dance in honor of the Sto. Niño, or the Child Jesus, whose feast is celebrated on the same day.

According to Rama, a Sinulog program would still be held on Jan. 17, but it would be composed of recorded performances from previous grand parades.

He said the city would ask the Archdiocese of Cebu to instead allow the Sinulog participants to perform during the yearlong celebration of the 500th anniversary of the arrival of Christianity starting this April so that the ritual dances would not be wasted.

With the cancellation of the Sinulog Festival, Rama said the city government could expect savings from tests for COVID-19 that would no longer be needed for contingents. The local government had earlier allocated around P40 million for the celebration. 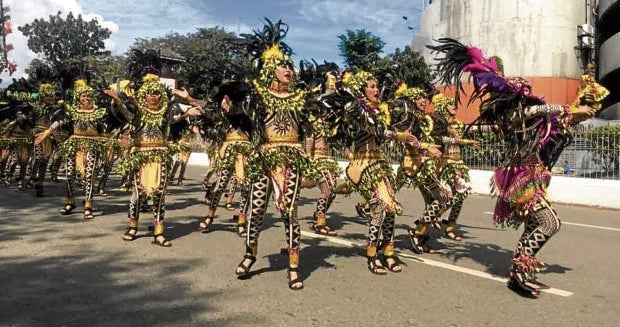 AVOIDING ANOTHER SURGE Cebu City, once a hot spot of coronavirus infection in the country, has managed to bring down the number of its COVID-19 cases so the government is stopping Sinulog activities this year to prevent mass gatherings and avoid another surge. This street dancing photo was taken during the festival last year. —NESTLE SEMILLA

Neil Odchigue, a member of the executive committee of Sinulog Foundation, said the “break” could give contingents time to regroup and improve on performances, not only for the quincentennial celebration but also for next year’s Sinulog.

Rama repeatedly pushed for live presentations, saying the city had already put in place strict measures to prevent the spread of the virus, including not allowing spectators.

But police and a group of more than 3,000 physicians and medical specialists opposed the plan as it could abet another surge in COVID-19 cases.

From single digits late last year, the number of new cases has risen to double digits after the holidays, according to the Department of Health in Central Visayas.

Cebu City was previously placed under enhanced community quarantine, the strictest form of lockdown, due to the sharp increase in cases last mid-June.

The city’s antivirus response operation was taken over by the national government, and it took about two months before a modified general community quarantine, the most relaxed setup, was imposed. INQ