Villanueva: Party-list system should be judged by its merits 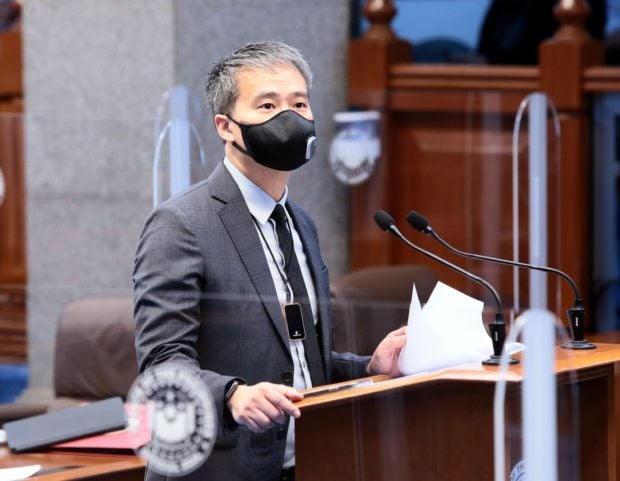 MANILA, Philippines — The country’s party-list system—while having “a lot” of room for improvement—has to be judged by its merits, Senator Joel Villanueva said Friday.

Villanueva made the remark after Senate President Vicente Sotto III disclosed that President Rodrigo Duterte wanted the party-list system in the country changed or removed amid talks of amending the 1987 Constitution.

“I agree and believe that there’s a lot of room for improvement, but the party-list system has reinforced a culture of accountability and provided another layer of checks and balance in our government, that I think cannot be simply ignored and overlooked,” Villanueva said in a statement.

“Other than the fact that Charter change will be a hard sell especially before the 2022 elections, the party-list system will have to be judged by its merits because I’ve personally seen how the system has allowed the poor and underrepresented to participate in decision-making,” the senator added.

Nonetheless, Villanueva expressed hopes that talks on constitutional amendment “would not be a distraction to what’s really important right now.”

“Amending the Constitution needs the full attention of everyone especially all lawmakers–attention and time that we lack right now for other things aside from top priorities such as the vaccination program and economic revival,” Villanueva said.

In an interview Thursday, Sotto recalled a meeting with Duterte that was also attended by several senators and congressmen.

Sotto said that during the meeting, Duterte pushed for amendments on the party-list system and economic provisions of the 1987 Constitution.

(He really trained his sights on the CPP-NPA issue and it appears to him that some members of the House of Representatives, particularly the Makabayan bloc, are sympathizers or connected with the CPP-NPA, and most of it are party-list.)