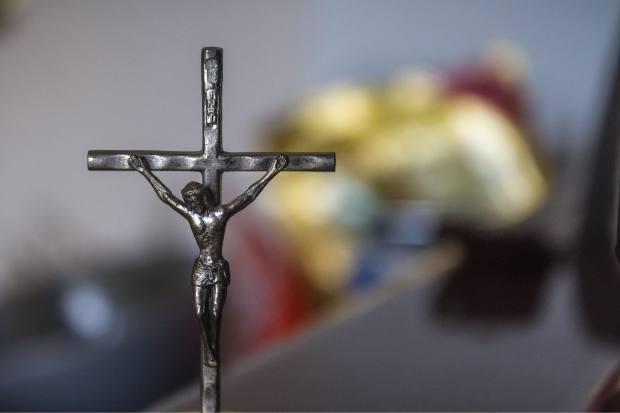 In what can be either be dubbed as a miracle or sheer luck, a 9-year-old boy in Tucumán, Argentina escaped an unfortunate fate after his crucifix necklace blocked a stray bullet from piercing his chest.

The boy, only referred to as Tiziano, was celebrating New Year’s Eve along with his family when he sustained a chest injury from a bullet, as per Catholic News Agency on Jan. 4.

The bullet was fortunately blocked by the metal crucifix Tiziano was wearing at the time, allowing him to only get a superficial injury in the Thorax from the otherwise life-threatening gunshot.

“After being checked thoroughly by several doctors on staff for 48 minutes, the boy was released,” police said as cited by the report.

The bullet meanwhile punched a hole in the middle of the metal crucifix, as seen in photos shared by the family to local Argentinian media. Ian Biong/JB