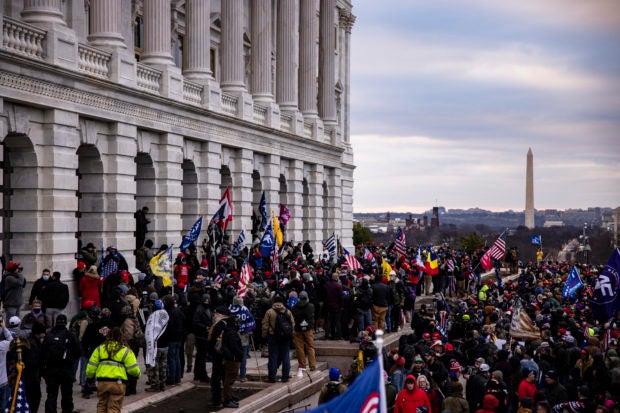 A pro-Trump mob storms the U.S. Capitol following a rally with President Donald Trump on January 6, 2021 in Washington, DC. (AFP)

Inside the great domed US Capitol building, initially out of view of the cameras, images emerged of a scene that resembled something from a coup d’etat.

Trump supporters, waving his blue flags and wearing his red campaign hats, stormed through the building, making it right into the debating chamber.

A viral photo on Twitter showed plainclothes security men aiming pistols point blank through the smashed window of a door to stop anyone else getting in.

Legislators were given gas masks to protect themselves against tear gas as they rushed to safety.

For those fleeing, it was a race against time: Protestors were getting in as quickly as members of Congress could get out. Some protestors even occupied the office of House Speaker Nancy Pelosi, sitting mockingly at a desk.

“I’ve not seen anything like this since I deployed to Iraq,” Mike Gallagher, a Republican lawmaker and military veteran, told CNN.

Trump had said all along he wanted to stop Congress from officially certifying Democrat Joe Biden’s election victory on Wednesday.

There was no way he could do it legally.

Trump tried. He threatened his vice president, Mike Pence, who was meant to preside over the ceremony.

But Pence retorted that he had no constitutional leeway: The rules were clear.

So Trump’s supporters intervened, at least temporarily derailing the proceedings — literally bringing democracy to a halt.

The mobs went on their mission after a final pep talk from their leader. 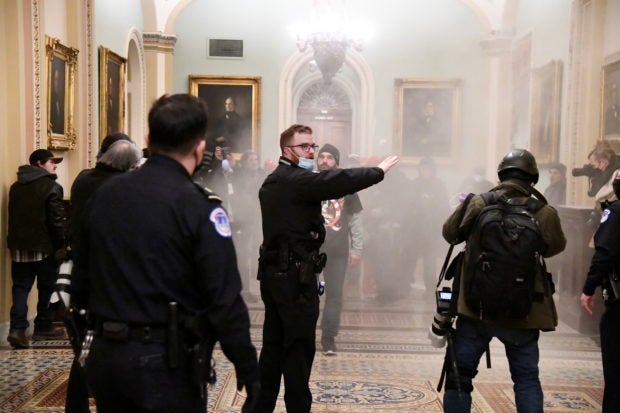 Trump addressed them for more than an hour on the National Mall, delivering a torrent of false claims and conspiracy theories about why he should remain president despite losing the November election.

Then he encouraged them to march on Congress.

Within minutes the mob was pouring up the Capitol steps. Violent small groups then fought with police, pushing ever further and eventually getting inside.

Television footage showed men, some in military gear, smashing a window and climbing through. Other groups clambered up on the roofs of black official vehicles parked outside Congress, abandoned by their drivers.

Trump had promised his supporters that Wednesday would be a “wild” day for the nation’s capital. 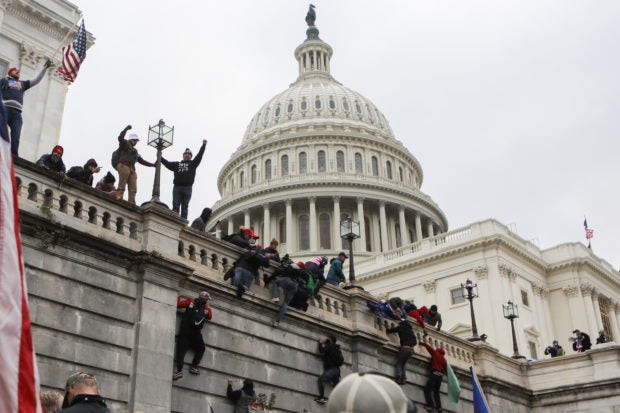 Trump supporters climb on walls at the U.S. Capitol during a protest against the certification of the 2020 U.S. presidential election results by the U.S. Congress. (Reuters)