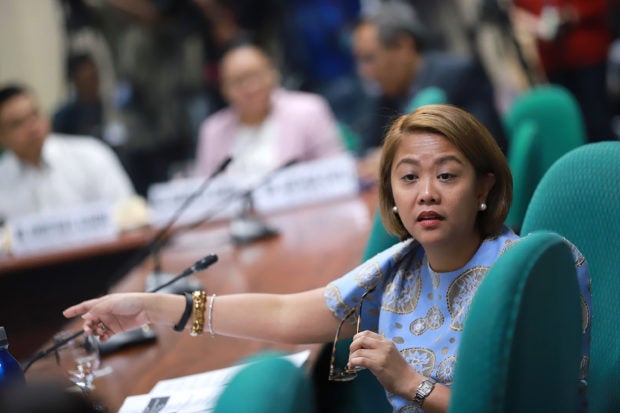 MANILA, Philippines — There should be no shortcuts, Senator Nancy Binay said on Wednesday as she hit those blatantly violating the law.

Binay earlier shared in a Twitter post her three wishes this new year: Respect for laws and due process, value human life, and return of time-honored Filipino values like palabra de honor and delicadeza.

“Sana all–ang first wish ko eh ibalik natin ang pagsunod sa tamang proseso at pagrespeto sa batas [My first wish is to bring back our attitude of following due process and respect of law]. As a nation, let’s make a commitment in following the rules no matter how unusual they may seem,” she said in a statement, explaining her twitter post.

The new year, she said, is a chance to reset and refocus despite the uncertainties ahead.

“As we strive to fully adjust to the new normal, I cannot stress enough how important it is to follow laws, policies, regulations–walang shortcut [no shortcut],” Binay said.

“Wag na nating gayahin yung ibang harap-harapang sinusuway ang batas [Let’s not follow those who blatantly violate the law], who are beyond reproach and reckoning, and who brags in a way saying that they are above the law. Sadly, there are those who openly display contempt, and justify a wrong as long as it suits their purpose. D’yan nagsisimula ang lahat ng problema pag binabaluktot ang tuwid na Sistema [The problem starts when we begin to twist the system that is already straight].”

The senator also reiterated her stand against the series of killings in the country.

“Mahalaga ang bawat buhay. Itigil na ang patayan [Every life is valuable. Let’s stop the killings],” she said. “How can you inspire change if our idea of change is eliminating life. The laws are there to protect people’s lives–not endanger them.”

Binay was among the six senators who sought a Senate inquiry into the “series of unlawful killings of citizens, including doctors, lawyers, journalists, and members of other professions.”