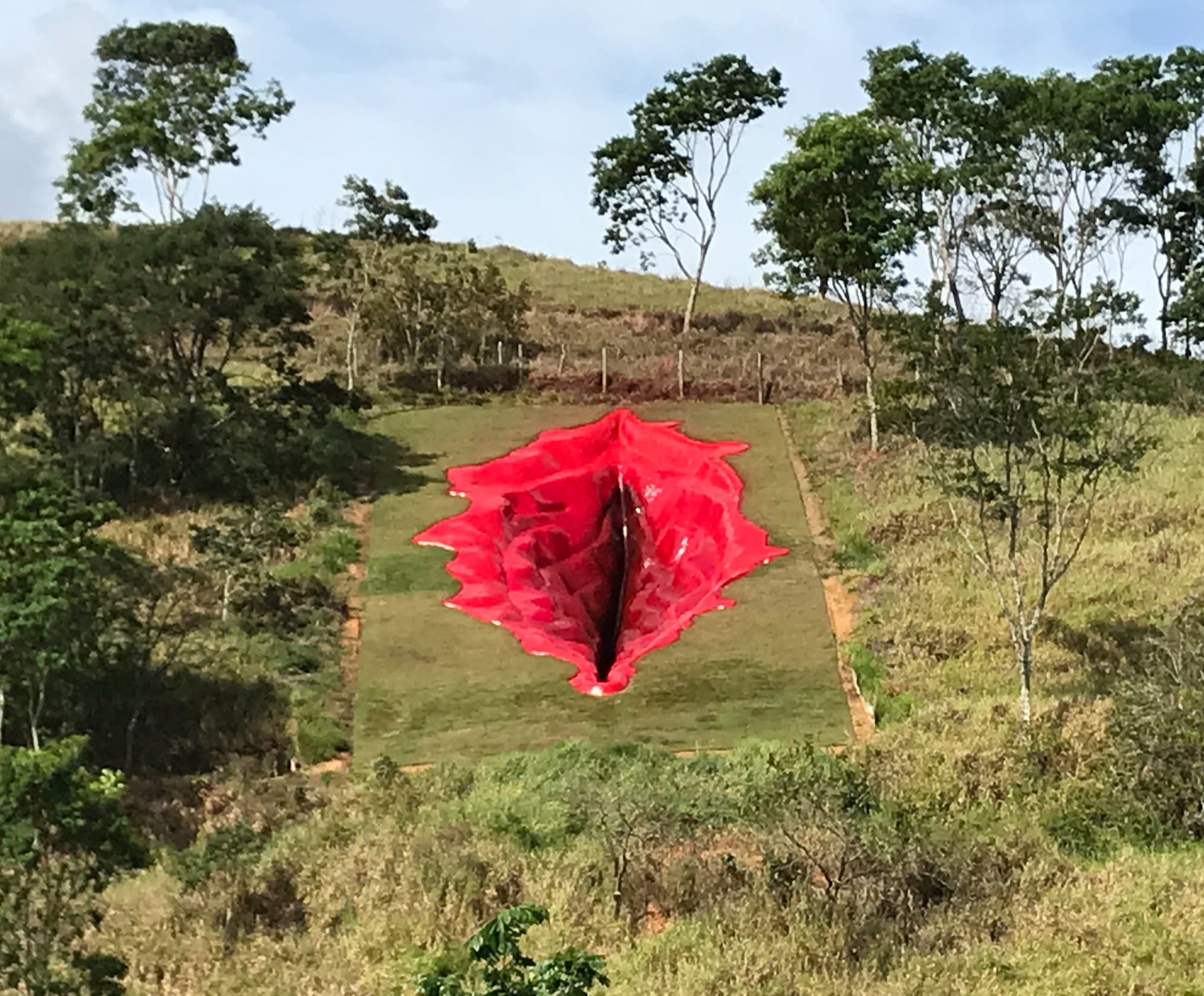 SAO PAOLO, Brazil–An enormous bright-red vagina sculpture on a mountain in northeast Brazil is intended to inspire intercourse — not the sexual kind but rather a dialogue on gender issues, particularly poignant under the conservative government of President Jair Bolsonaro.

Artist Juliana Notari created the 33-meter (108-foot) vulva, titled “Diva,” with the help of more than 20 people, who excavated a rural sugarcane field in Pernambuco state to make a crevice which she says also resembles “a wound.”

“In ‘Diva’ I use art to engage with questions that refer to gender issues from a female perspective,” Notari said on Facebook.

The six-meter deep, cement-lined excavation took nearly 11 months to complete, but touches on issues “that are becoming more and more urgent,” Notari said.

Brazil is undergoing a wave of ultra-conservatism which swept Bolsonaro to power in 2019 and has created polarized discussion on gender issues, including on hot button topics such as abortion.

Since 2003, Notari has been “working with the female anatomy and seeks to provoke discussions around sexual taboos imposed on women,” official material on the sculpture said.

“It’s also a wound, too,” Notari said of the sculpture.

The work has come under ridicule and garnered criticism, with one Facebook user posting that “if it was 15 minutes of fame she wanted, she got it,” while others have applauded the artist’s ability to create space for reflection.