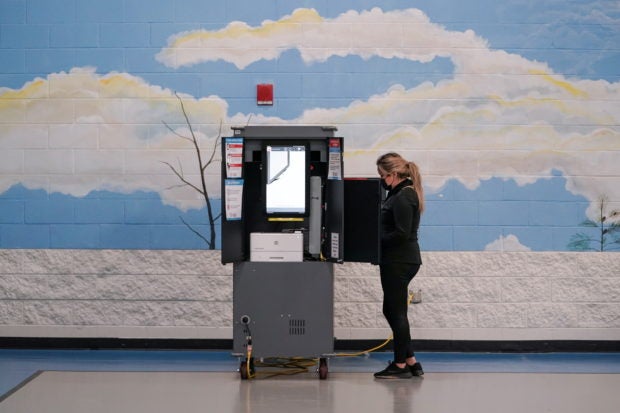 Georgia officials overseeing the state’s Senate runoffs on Tuesday hit back at a tweet from President Donald Trump stoking fears about voting machines, saying that despite an early problem in one county, the elections were running smoothly.

On Tuesday afternoon Trump tweeted that “reports are coming out of the 12th Congressional District of Georgia that Dominion Machines are not working in certain Republican Strongholds for over an hour. Ballots are being left in lock boxes, hopefully they count them.” The tweet was retweeted more than 45,000 times.

Georgia’s Secretary of State Brad Raffensperger’s office responded in a statement that although some issues were reported, they did not stop the vote and were resolved by 10 a.m.

“At no point did voting stop as voters continued casting ballots on emergency ballots, in accordance with the procedures set out by Georgia law,” it said.

Gabriel Sterling, manager for Georgia’s voting systems, said on Twitter there had been a programming error on security keys but it was quickly resolved, and added: “Sorry you received old intel Mr. President.”

Claims have proliferated on social media platforms, including Twitter Inc and Facebook Inc, linking Dominion to alleged fraud in the Nov. 3 presidential election that Trump, a Republican, lost to Democrat Joe Biden.

Reuters and other news media have debunked the claims, which have not been backed up with evidence. Dominion machines were used in 24 of the 50 U.S. states in November, including states that Trump won.

A Dominion spokeswoman said on Tuesday that the company would be bringing an “imminent” lawsuit against attorney Sidney Powell over allegations about the voting machines and that the company was keeping all options open for additional litigation.

Trump’s claim that his loss in November was the result of widespread election fraud has been widely rejected by state and federal election officials and multiple courts.

Officials in his own administration have described the vote as “the most secure in American history.”