Sinas to suspects in PAL worker’s death: Surrender or we will hunt you down | Inquirer News
Close
menu
search

Sinas to suspects in PAL worker’s death: Surrender or we will hunt you down 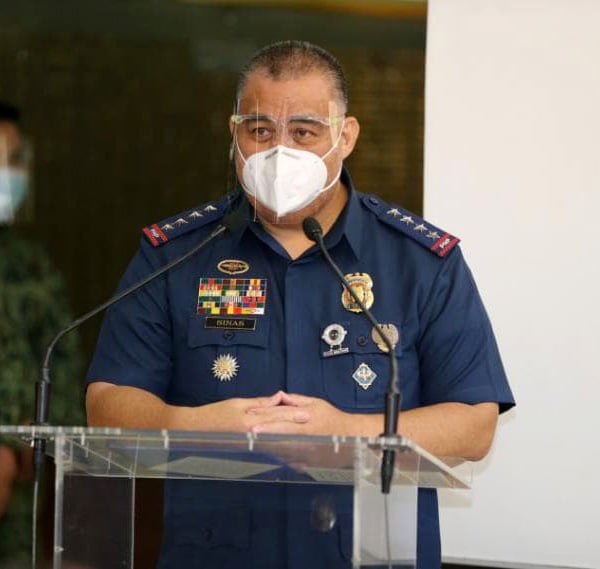 MANILA, Philippines — Philippine National Police (PNP) chief Police General Debold Sinas on Tuesday warned the suspects in the death of flight attendant Christine Dacera to surrender within 72 hours or else the police force will go after them.

“This is a fair warning. Surrender within seventy-two (72) hours or we will hunt you down using force if necessary,” Sinas said in a statement, giving an ultimatum to the suspects in Dacera’s death, who was found lifeless inside a Makati hotel.

“We know who you are. Your family must turn you over to the police.  Those found to be abetting your escape will also be arrested,” the PNP chief added.

On Monday, the PNP announced that Dacera’s case was solved after it filed provisional charges of rape with homicide at the Makati prosecutor’s office against 11 suspects, who were companions of Dacera at the hotel.

Three of the 11 suspects are at the Makati police station custodial facility. In an initial probe, police insisted that sexual abuse was committed against Dacera.

However, one of the suspects, Gregorio de Guzman, told the media that he was not involved in the suspected rape. He noted that he is “gay” and has not performed sexual acts with women.

Who ‘benefitted’ from drug war deaths? ‘Filipinos, not me,’ says Duterte