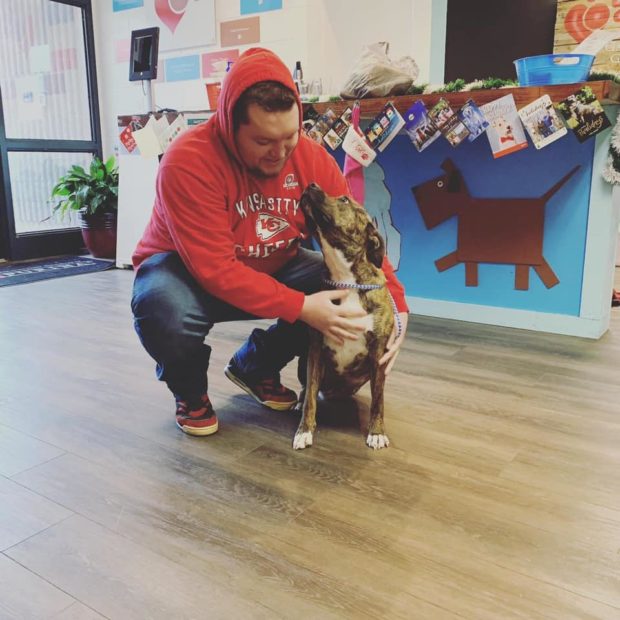 A man has finally found his three-legged dog after she went missing about 10 months ago in Missouri, USA.

Athena managed to escape from Dylan Summers’ house last February while she was recovering from amputation surgery. One of her legs was removed after she was hit by a car, as per CBS-affiliate WTSP on Jan. 2.

After weeks of searching for his beloved pet, Summers eventually decided to throw in the towel last month and look for a new dog. However, while he was scrolling through an animal shelter’s website on Dec. 30, he saw his very own Athena on the page.

Though she was listed under the name “Miss-a-toe,” seemingly referring to her lost limb, Summers had no doubt that the dog was Athena. He then quickly contacted the Gateway Pet Guardians shelter to inform the staff.

According to the report, the center received Athena from St. Clair County Animal Control earlier in December.

“It was about 9 p.m. on the night of Dec. 30th and I just happened to check my voicemail before bed and there was a call from Dylan stating that we had his dog!” the center’s program director, Alisha Vianello, said.

Vianello then reached out to Summers to confirm that “Miss-a-toe” was indeed his lost dog Athena.  Following their call, Summers went to Athena’s foster house to bring her back home.

“I was so happy to hear that she was safe and doing well and being reunited with her was incredible,” Summers was quoted as saying.

Summers also assured that Athena is already settled back in their home and that “it’s like she never left.” Ryan Arcadio /ra