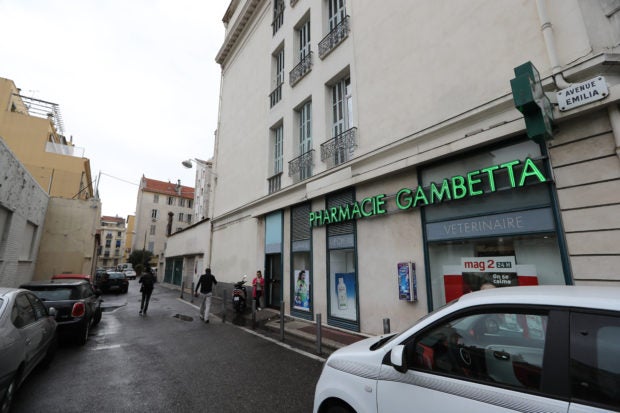 This photo taken on October 25, 2016, in Nice shows the street where the president of Cannes’ Grand Hotel Jacqueline Veyrac was kidnapped. – The head of a five-star hotel on the French Riviera was kidnapped on October 25, the local prosecutor said. Jacqueline Veyrac, 76, president of the Grand Hotel in Cannes, was seized from her car in the middle of the day near her home in Nice, said prosecutor Jean-Michel Pretre. (Photo by VALERY HACHE / AFP)

Nice, France — An aggrieved Italian restaurant manager, a hard-up British ex-soldier, and a private detective are among 13 people who go on trial in France on Monday over the kidnapping of a millionaire hotel heiress.

Jacqueline Veyrac, the 80-year-old owner of the five-star Grand Hotel in Cannes and the ritzy seafront La Reserve restaurant in nearby Nice, was snatched on the street on October 24, 2016, and bundled into the back of a van.

She was held bound and gagged for two days in the vehicle, which was parked on a quiet street, before being spotted by a passerby and released.

The main suspect in the trial, which is being held in Nice, is Giuseppe Serena, former manager of La Reserve who allegedly bore a fierce grudge against Veyrac after she terminated his contract in 2009.

Serena is accused of ordering her abduction with a view to obtaining a ransom with which he hoped to open a new restaurant.

His suspected accomplices have designated the bankrupt Italian, who is also accused of an earlier kidnap attempt on Veyrac in 2013, as the mastermind of the operation.

Serena, who has been in pre-trial custody for over four years, denies the charges. 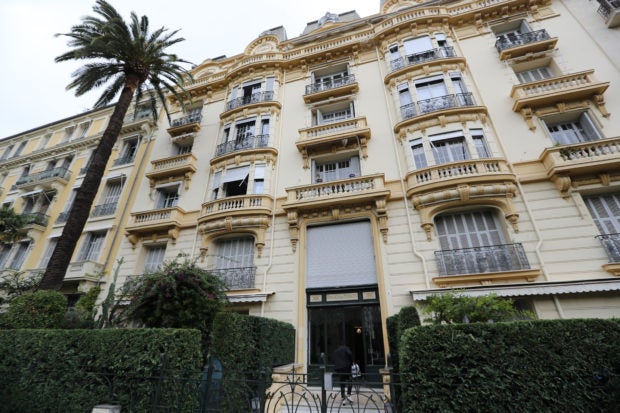 (FILES) This file photo taken on October 25, 2016, shows the residence of the president of Cannes’ Grand Hotel Jacqueline Veyrac, on the same day as her kidnapping. – 15 men appear on January 4, 2021, and until January 29, 2021, in Nice for the incredible kidnapping in 2016 of Jacqueline Veyrac, 80 years old, a rich hotel owner of the French Riviera. (Photo by VALERY HACHE / AFP)

Back in 2016, two masked men pounced on Veyrac as she was about to get into her SUV and shoved her into a stolen van driven by an accomplice.

One of the kidnappers threatened to kill her if she made any noise.

She was also forced to drink a sedative.

Veyrac tried to call for help and bang on the doors of the van but only succeed in wriggling free and making contact with a passerby on her second night in captivity.

Former British soldier Philip Dutton, 52, has admitted to involvement in the kidnapping.

Dutton, who is also accused of the 2013 kidnap plot, demanded a 5-million-euro ($6 million) ransom for Veyrac of which he intended to keep 10 percent, with 50 percent meant for Serena and the rest for other accomplices, investigators said.

Among the other defendants are former paparazzi-turned-private-detective Luc Goursolas, who is accused of fitting a tracking device to Veyrac’s car, and three suspected gang members from a poor Nice neighborhood accused of carrying out the kidnapping.

Veyrac’s late husband developed the Grand Hotel in Cannes, one of the palatial seafront establishments favored by the international jet set during the annual Cannes film festival.