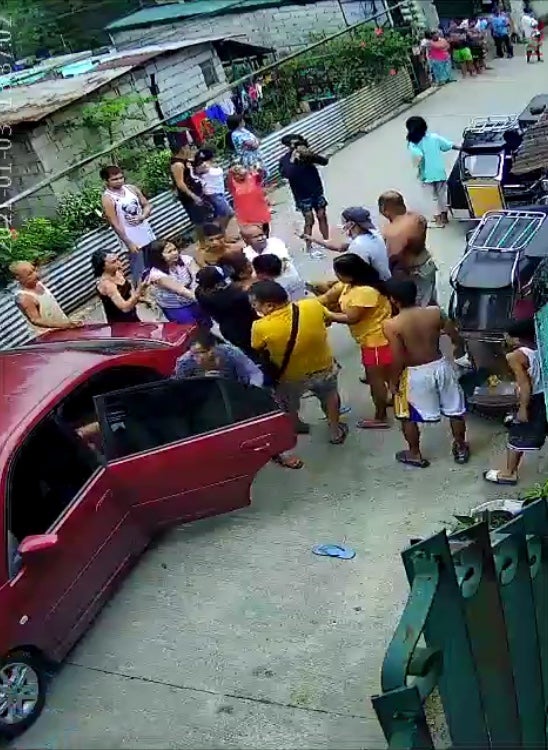 OLONGAPO CITY –– Police were investigating the possible lapses in a drug buy-bust operation that led to a commotion here on Sunday.

Police Col. Randy Arceo, chief of the Olongapo police, on Monday said his office would look into the arrest of a certain Nesty Gongora, 28, in Barangay New Cabalan.

The said arrest was filmed on mobile phones and caught on security cameras. It had gone viral on social media after it was posted on Facebook.

The video showed a dozen people surrounding a red car on the street trying to stop police officers in civilian clothes from arresting Gongora.

A security camera footage showed Gongora walking on the street when the red car stopped beside him. Three men in plain clothes alighted from the car and started dragging Gongora.

The videos did not show the supposed buy-bust operation. Gongora’s relatives said police initially told them that he was being arrested for not wearing a face mask and other health protocol violations.

Arceo said the videos showed an incomplete picture of the operation.

“It was an anti-illegal buy-bust operation. We have coordination with the PDEA (Philippine Drug Enforcement Agency),” he told the Inquirer.

But Arceo questioned why the suspect was not immediately arrested after the buy-bust operation and why a police mobile car with reinforcement failed to immediately respond to the scene.

According to police reports, a buy-bust operation was conducted against Gongora who was in the city’s drug watchlist.

He allegedly sold sachets of suspected “shabu” (crystal meth) to a poseur-buyer.

As a result, police tried to arrest Gongora minutes after the buy-bust operation, but his relatives stopped the policemen by pulling and kicking the operatives.

During the frisking, police seized two more sachets of suspected shabu and the P200 marked money from Gongora.

Police said they would file cases of obstruction of justice, direct assault upon agents of persons in authority, and violation of quarantine protocols against Gongora’s relatives.

Gongora is facing charges for violating the Dangerous Drugs Act of 2002.