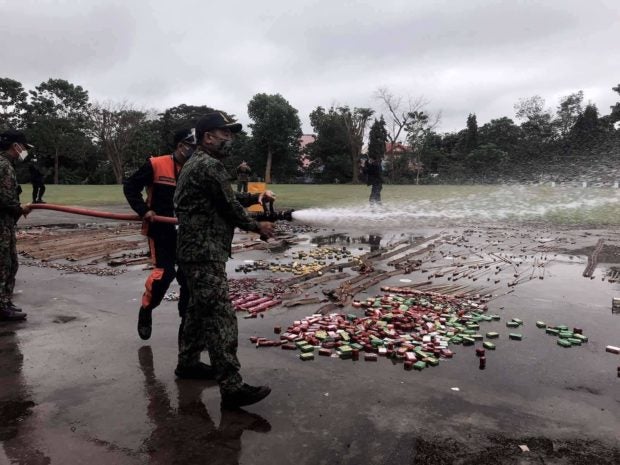 Police and firefighters destroy the seized firecrackers at the police regional office in Tuguegarao City on Sunday. Photo courtesy of PNP Region 2

TUGUEGARAO CITY — Authorities here on Sunday destroyed assorted firecrackers and other pyrotechnic devices that were surrendered and seized during the New Year celebration.

Police Brig. Gen. Crizaldo Nieves, Cagayan Valley regional director, led police and firefighters in hosing down the firecrackers so these could no longer be used after disposal.

“As we have observed, more than the excitement for the holiday season was our concern for everybody’s welfare,” Nieves said.