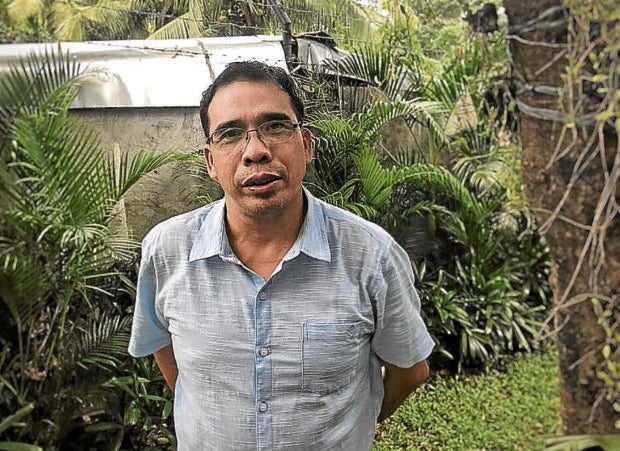 It was May and Espeleta, Muntinlupa City’s chief medical technologist, was leading the mass testing efforts against COVID-19. He attended to patients in the daytime, and went home at night to care for his dying mother.

Because of the pandemic, hospitals were required to treat all patients as COVID-19 cases. The mother, who was suffering from hypertension complications, did not want to be confined away from her family, so her son chose not to take her to the hospital.

Had he done so, Espeleta knew, his mother “would have gotten back to me in an urn.”

Espeleta’s mother died peacefully at home on May 10, barely three months after his father passed away. Days after her interment, his staff called him at home and said they were having trouble without him around.

“Sorry, sir, nahihirapan na po kami,” he recalls them saying, his tears welling. “So, I went back and poured everything I had in work to forget.”

The loss of his parents constituted the lowest points of his life, Espeleta says. But he drew strength from their memory to carry on with the fight against COVID-19 and help his fellow residents of Muntinlupa.

Nevertheless, being at the front lines meant great risk to the 47-year-old, who was afflicted with polio at age 5.

The disease left him with a deformed left leg and foot, which he tried to have surgically repaired 20 years ago during his first year in medical school.

The operation was a success, but it left him in severe pain. He quit medical school and went into government service—a decision that, to this day, he considers his “destiny.”

“I think [it] was for the best, because here you are able to help a lot more people compared to, say, if you go abroad,” Espeleta says.

His polio has “served as an inspiration [to] help even more,” he adds. “No more thinking about the exhaustion, the difficulties, the sleepless nights, and the stress. All I think about is how I can help those who are afflicted with COVID-19.”

Though soft-spoken and short in physique, Espeleta seems a natural-born leader.

Members of his staff describe him as “indefatigable.” Save for when his parents passed, they say, he rarely takes a leave of absence. And at work he almost always misses his meals because he’s running errands for others.

Instead of “sir,” his staff and friends jokingly call him “bossing,” “idol,” or its slang equivalent “lodi.”

Espeleta embraces his staff’s appreciation: “I want them to think of me as an extraordinary person. I will only pass this earth once, and I want to be one of a kind.”

In his two decades of service, the career public servant has been recognized several times as the city’s best employee. And the pandemic has thrust him in a more public role.

Muntinlupa is among the first cities where the number of COVID-19 cases tapered early, in part because of its strict local ordinances against mass gatherings, its curfews and its robust testing efforts.

Every day in the last eight months, Espeleta and his team attend to 100-200 patients for swabbing.

However, COVID-19 presents special challenges to Espeleta and his team, who face potential exposure to the virus daily.

Even just one positive case among the team would suspend the city’s entire testing efforts, he says. Thus, front-liners like himself have had to be extra vigilant. They sanitize religiously, undergo regular biosafety workshops, and take additional precautions.

Sometimes, Espeleta decides not to go home to his two children. Or when he does, he says, he sleeps on a makeshift bed on the terrace.

Thankfully, his kids understand. “They’re so proud of their front-liner dad. They show pictures of me to their classmates, neighbors,” he says.

And then he adds: “But life is not normal.”