17,000 in Negros Occidental welcome 2021 in shelters as flooding prompts evacuations 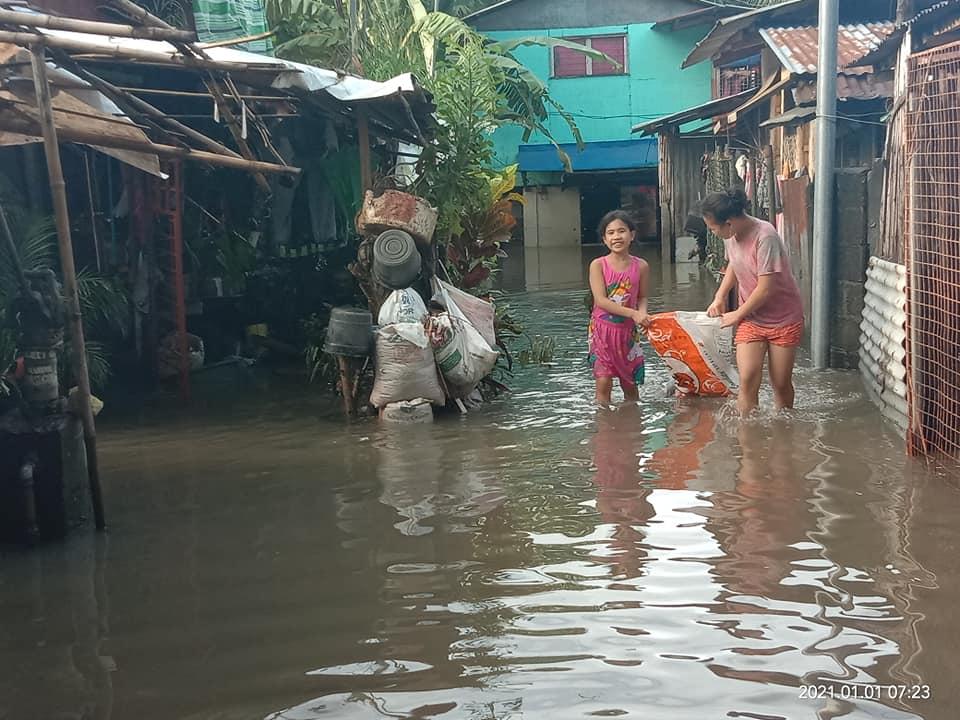 Residents of some areas in Negros Occidental province were greeted by floods on New Year’s Day. CONTRIBUTED PHOTO

BACOLOD CITY—More than 17,000 people were moved out of their homes on Friday, New Year’s Day, as floods swamped some areas in Negros Occidental province.

Zephard Caelian, head of the Provincial Disaster Management Program Division, said the floods that inundated the cities of Talisay, Silay and Victorias and the town of EB Magalona were brought by heavy rains and high tide.

Residents of some areas in Negros Occidental province were greeted by floods on New Year’s Day. CONTRIBUTED PHOTO

Some residents near the Catabia River were rescued by workers of the CDRRMO fire and rescue unit. At least 3,467 families were either evacuated or found their homes flooded.

The Talisay CDRRMO, in its post, said the operation to rescue the residents started as early as 2 a.m. on New Year’s Day until 8:30 a.m.

It said the rains that caused the flooding were believed brought by the tail end of a weather system prevailing over Eastern and Central Visayas.

The “sudden rise” in water levels in two rivers—Catabia and Minuluan—worsened the flooding, the CDRRMO said.

In Victorias City, some residents sent out text messages for help from their rooftops as flood waters rose.

“We had a fireworks display to usher in the New Year at the city plaza. And here comes the flood that caught everybody by surprise after midnight,”  Victorias Mayor Francis Palanca said.

“It was raining in the hinterlands for days. The soil has been soaked, so we were hit by runoff water,” he added.

An initial report showed that at least 1,508 individuals had evacuated in Victorias City.

The Philippine Atmospheric, Geophysical and Astronomical Services (Pagasa) had warned of flash floods and landslides that several weather systems could bring—northeast monsoon, tail end of a frontal system and the easterlies which are now bringing rains to parts of the Visayas and Mindanao.