Pandemic made my last year in office the hardest, says emotional Merkel 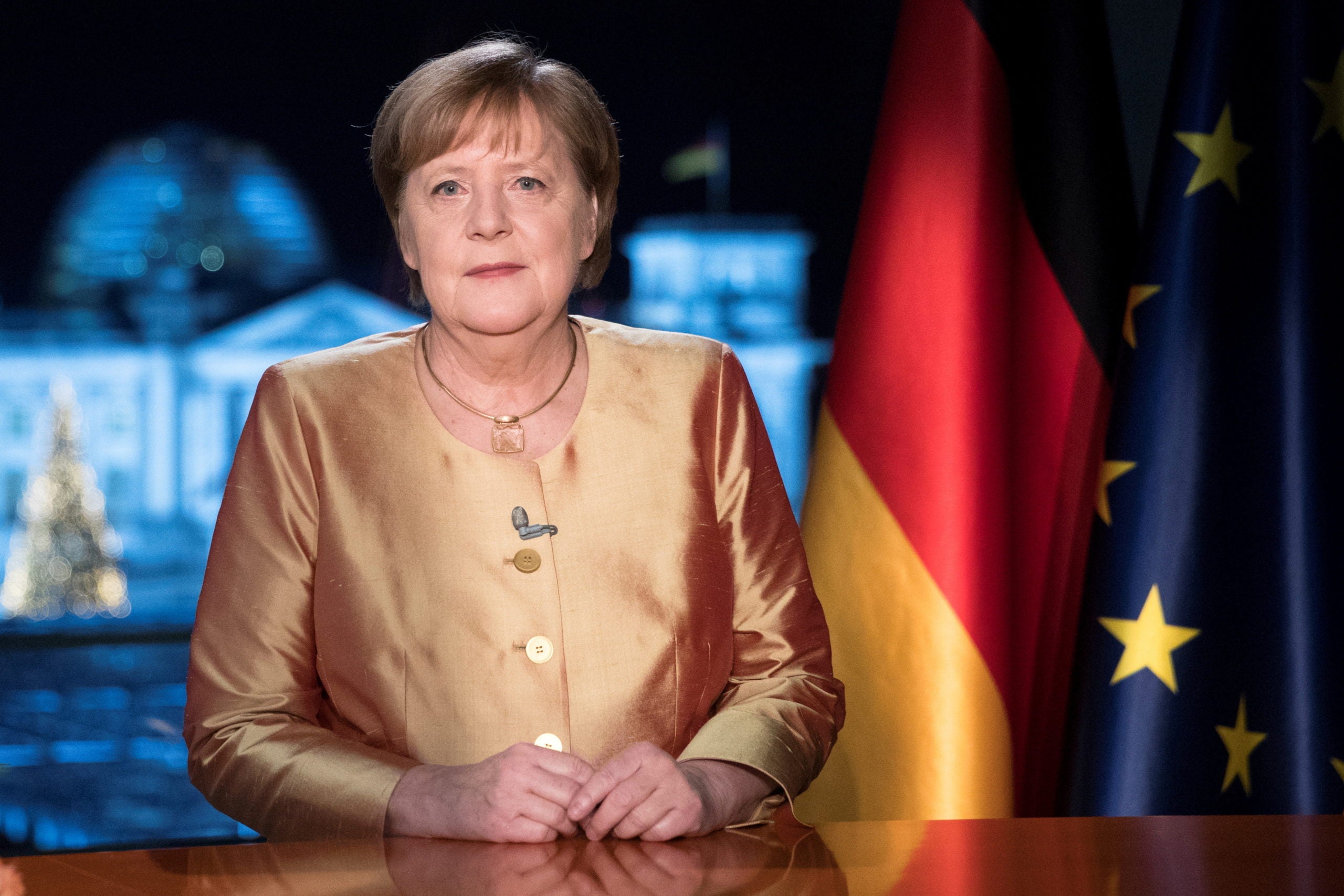 BERLIN—Angela Merkel said in her last New Year’s address to the nation as German chancellor that 2020 was by far the most difficult of her 15-year leadership, yet the start of vaccinations against COVID-19 made 2021 a year of hope.

In a rare show of emotion, Merkel, who steered Germany and the European Union through the 2008 financial crisis, the Greek debt crisis a year later and the migrant crisis five years ago, condemned a protest movement opposed to lockdowns and said she would get vaccinated when the shot is widely available.

“Let me tell you something personal in conclusion: in nine months a parliamentary election will take place and I won’t be running again,” said Merkel, 66. “Today is therefore in all likelihood the last time I am able to deliver a New Year’s address to you.”

She added: “I think I am not exaggerating when I say: never in the last 15 years have we found the old year so heavy and never have we, despite all the worries and some scepticism, looked forward to the new one with so much hope.”

Her message will resonate with most people in a country struggling with a rise in coronavirus infections and deaths and where a majority support lockdown measures and vaccination as the best weapons against the virus.

Praise for Merkel, a trained physicist whose management of the pandemic has been guided by scientific advice, for having tamed the first wave has however turned to criticism of her perceived failure to tackle the second.

Europe’s biggest economy holds an election in September and Merkel, whose conservatives are expected to win most seats in parliament, will most likely hand over the baton to one of three men vying to lead her Christian Democratic Union (CDU) party.

“I can only imagine how bitter it must feel for those mourning loved ones lost to corona or who are having to fight against the repercussions of an illness when the virus is disputed and denied by some hopeless individuals,” said Merkel.

“Conspiracy theories are not only false and dangerous, they are also cynical and cruel,” she added. “I will also get vaccinated when my turn comes.”

Merkel’s fourth and last term was marked by discontent within conservatives after losses in regional elections which many blamed on her decision to welcome more than one million asylum seekers in 2015.

The setbacks at regional polls in 2018, in which conservatives lost voters to both the far-right Alternative for Germany (AfD) and the ecologist Greens, prompted her not to seek a fifth term.

Should coalition building after September election drag on beyond December, Merkel will remain as caretaker chancellor in 2022 until a new government is in place.