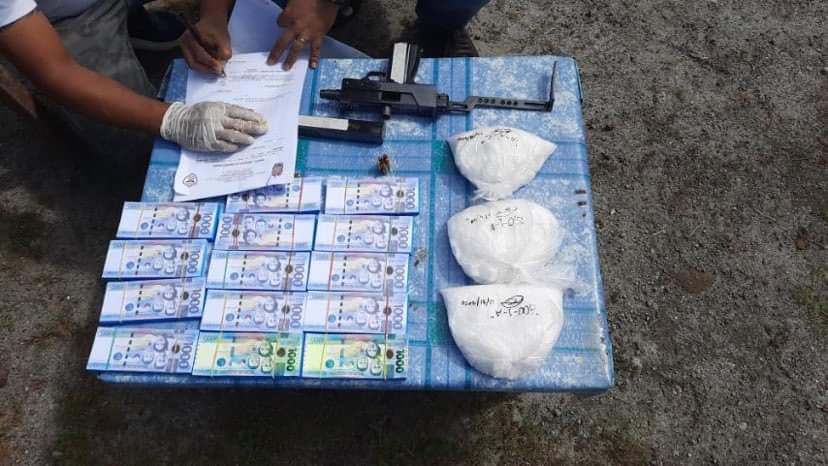 Police and PDEA agents present packs of meth seized from Nigerian suspect Gabriel Onychefula during a buy-bust operation that led to the Nigerian’s killing. Photo courtesy of Police Regional Office 3

CITY OF SAN FERNANDO—A drug buy-bust operation by police and narcotics agents turned into a gunfight that led to the killing of a Nigerian suspect and seizure of some P13 million worth of shabu, or crystal meth, in the town of Concepcion, Tarlac province on Thursday (Dec. 31), according to one official. 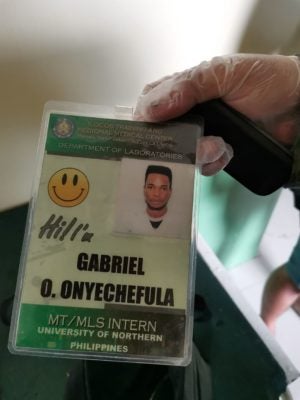 An identification card of the slain Nigerian suspect is shown by police to media. Photo from Police Regional Office 3

Gabriel Onyechefula, allegedly a member of an international drug syndicate, was killed in the gunfight inside a videoke bar at the village of Jefmin, according to Brig. Gen. Valeriano De Leon, Central Luzon police director, in a report.

The Nigerian’s identification card photographed by the police showed him to be a medical technician intern of the University of the Northern Philippines.

The meth was packed in three transparent plastic bags that weighed at least 2 kilograms, according to police and the Philippine Drug Enforcement Agency.

The Nigerian allegedly fired a 9mm machine pistol at the law enforcement team.

Authorities recovered two P1,000 bills placed on top of 14 bundles of “boodle money” or fake bills that were used in the drug sting.