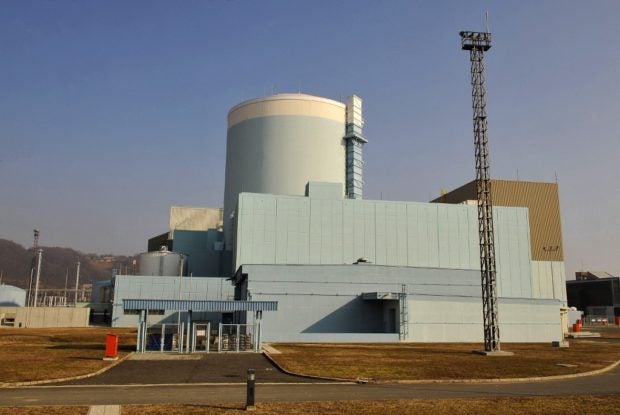 This file photograph taken on February 20, 2008, shows Slovenia’s only nuclear power plant at Krsko, some 10 kilometers from the border with Croatia. Slovenia’s Krsko nuclear power plant has been shut down as a precaution after a 6.2 magnitude earthquake was registered in neighboring Croatia, the plant’s spokeswoman said December 29, 2020. Photo by Matej Leskovsek / AFP

“The plant has not suffered any damage, the checked systems are functioning correctly,” the Krsko power plant said in a statement published on its website on Wednesday.

The shutdown was the plant’s automatic response to a magnitude 6.4 earthquake in Croatia that was felt as far as Austria’s capital Vienna.

“The plant’s equipment has been systematically inspected and tested,” the statement said, adding that it was expected to run at about half capacity through the night before reaching full capacity on Thursday.

The earthquake on Tuesday also forced Slovenia’s parliament to suspend a session while brief interruptions to electricity networks and light damage to buildings were reported.

In service since 1983, the 700-megawatt plant provides for about 20 percent of Slovenia’s electricity needs and about 15 percent of needs in Croatia, which co-owns the plant.

Due to be switched off in 2023, the two countries agreed to extend its lifetime by another 30 years, despite concerns over its old age and the risk of seismic activity in the region.