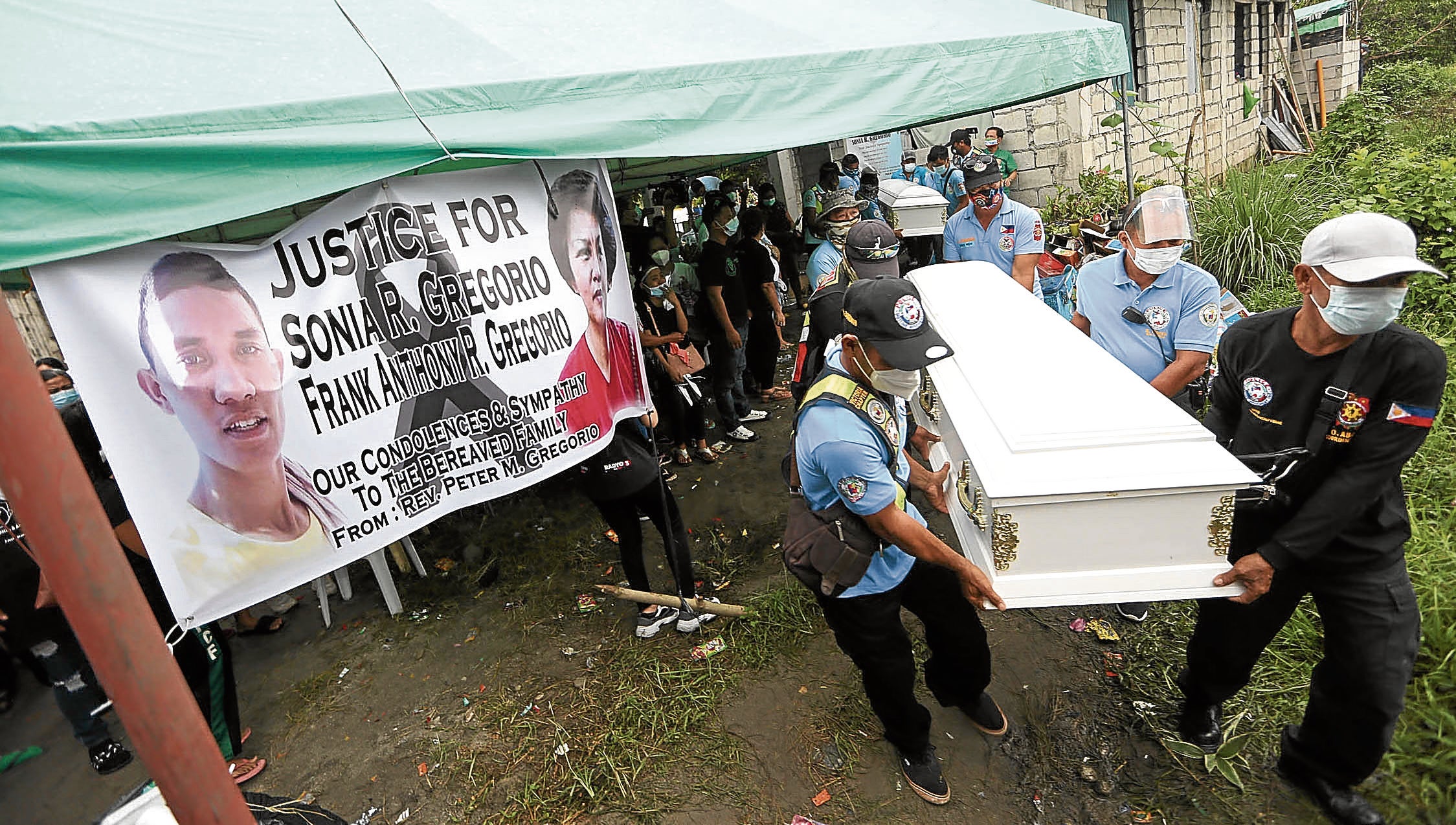 PRECAUTION Relatives of slain Sonya Gregorio and her son, Frank Anthony, are taking precaution, saying they want their safety assured even as the policeman who shot and killed the Gregorios, Jonel Nuezca, has been jailed. —NIÑO JESUS ORBETA

PANIQUI, TARLAC—Tight security has been ordered for Police Senior Master Sergeant Jonel Nuezca, the gunman in the murder of Sonya Gregorio and her son Frank Anthony, who is now in the custody of the Bureau of Jail Management and Penology (BJMP) here, police officials said.

Nuezca is facing double murder charges for the killing of Sonya, 52, and Frank Anthony, 25, during a quarrel in Barangay Cabayaoasan here on Dec. 20.

Since his surrender, Nuezca had been detained at the Paniqui police station until a local court ordered his transfer to the BJMP facility at the town jail on Monday afternoon.

Nuezca underwent the mandatory medical test and a rapid test for the coronavirus before his transfer. He would also be quarantined.

Although the suspect was moved to the BJMP facility, only 30 meters from the Paniqui police station, this did little to allay the anxiety of the Gregorio family.

“We’re still being extra careful because we’re not sure if he (Nuezca) is part of a syndicate. We will skip our work for now. We will also stay at home,” said Florentino, the husband of Sonya.

He said policemen remained deployed around their house to provide security.

Sinas said he wanted to beat the 30-day deadline to remove Nuezca from the police roster with the help of the National Capital Region Police Office and the Internal Affairs Service.

“I can assure the public that he will be dismissed before the 30-day deadline. So before it, he will already be dismissed,” Sinas said. —MARIA ADELAIDA CALAYAG AND TONETTE OREJAS