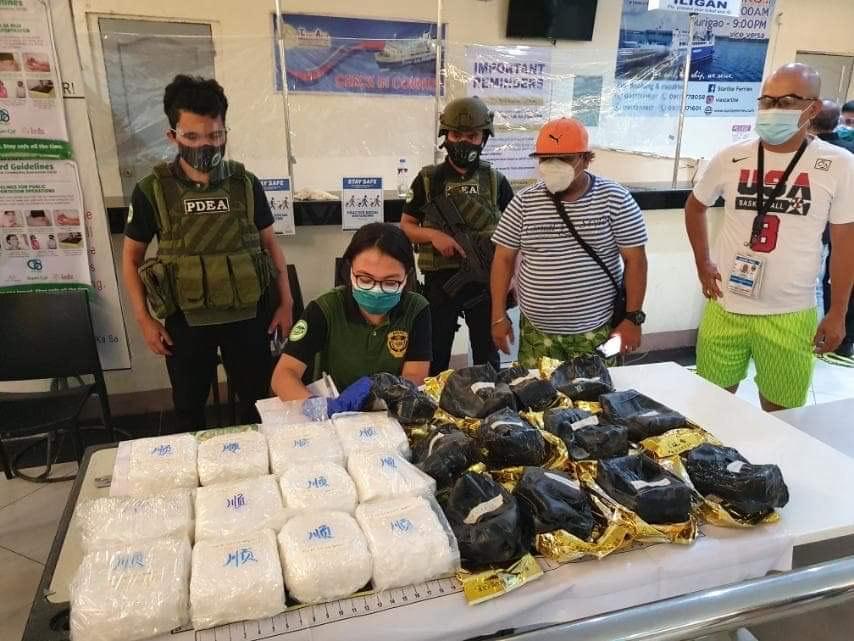 (File) Agents of the Philippine Drug Enforcement Agency in Central Visayas conduct an inventory after they seized 12 packs of shabu concealed inside Chinese tea packs wrapped in black rubber material at a warehouse in Mandaue City. (Photo courtesy of PDEA-7)

MANILA, Philippines — Anti-drug operations by the Philippine Drug Enforcement Agency (PDEA) since July 2016  when President Rodrigo Duterte assumed office, have resulted in the deaths of 5,980 suspected drug traffickers and the arrests of 269,046 suspects.

According to PDEA’s fourth year of the #RealNumbersPH — a campaign aimed at providing more transparency and gauging the administration’s drug war — law enforcement agencies involved in the government’s anti-drug war also conducted 185,661 operations in the same period.

PDEA also reported that 639 drug dens and 17 clandestine laboratories were destroyed since 2016 when Duterte, who championed the war against illegal drugs, officially started his term as President.

In addition, 20,700 barangays have been supposedly cleared from drugs, while 14,214 are still left uncleared with less than two years remaining in Duterte’s term.

PDEA added that 448 government employees were arrested in anti-drug stings, plus 363 elected officials and 102 uniformed personnel.

The war against illegal drugs has been a central campaign of President Duterte’s administration after promising to rid the country of drugs once he becomes president, just like he did when he was mayor of Davao City.

However, the conduct of the drug war has drawn controversies, with rights groups and activists denouncing the alleged disregard for human rights in executing operations.  Several groups claim that the true number of casualties is already past the 10,000 mark — contrary to the government’s claim of less than 6,000.

Killings linked to anti-drug operations also became the basis for relatives of those killed to file a case against Duterte before the International Criminal Court (ICC) for allegedly committing crimes against humanity — which the ICC recently said has a reasonable basis.

In August 2017, a police operation in Caloocan City turned awry after 17-year-old Kian delos Santos was killed despite him not being the initial target of the operation.  In 2018, a Caloocan court ruled that Delos Santos was murdered — as he was shot despite surrendering and pleading to the police.

President Duterte however maintained that he has never ordered the killing of anyone under the drug war,