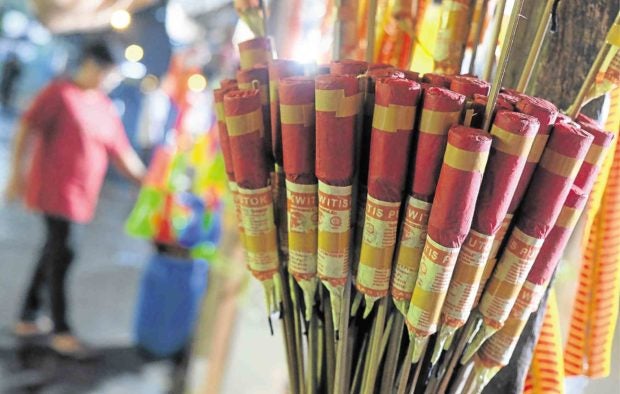 LEGAZPI CITY — The Department of Health (DOH) Bicol regional office said four firecracker-related injuries have been reported and recorded in Albay and Camarines Sur on Monday.
Samuel Banico, coordinator of Violence and Injury Prevention Program of the DOH – Bicol, said a 39-year-old man from Bombon, Camarines Sur was injured by a “kwitis”.
Banico said the incident happened on Christmas Day but the victim sought medical attention at the Bicol Medical Center in Naga City on Sunday.
In Legazpi City, Albay, a 15-year-old boy sustained a head injury caused by an improvised canon last December 24.
On December 23, a 10-year-old boy was also injured in his eye caused by an improvised canon in Buhi, Camarines Sur, while a a 7-year-old boy was injured in his left hand due to a five star firecracker in Ligao City, Albay.
They all received medical attention and were sent home.
Banico said the number of injuries is 56 percent lower compared to last year.
“I hope the local government units and the public minimize gatherings in their area and make use of alternative ways to celebrate,” he said.