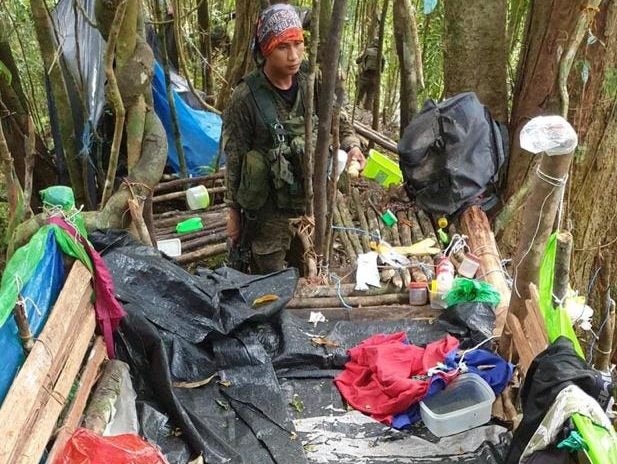 CAMP SIONGCO, Maguindanao—At least 10 suspected communist rebels were killed when the military launched air and ground assaults in Palimbang town, Sultan Kudarat on Christmas Day in a bid to thwart the holding of rites to mark the 52nd founding anniversary of the Communist Party of the Philippines (CPP).

Maj. Gen. Juvymax Uy, commander of the Army’s 6th Infantry Division, said airstrikes and artillery offensives were first launched after about 200 New People’s Army (NPA) guerrillas were confirmed to be massing in the village of Namat Masla, near Mt. Lumuton, in Palimbang in preparation for Saturday’s CPP anniversary.

As ground troops scoured the area, they clashed with the rebels before overrunning a camp, also in the village of Namat Masla. The troops also found two dead bodies of suspected NPA guerrillas, raising the death toll to 10.

“May this be an eye-opener to all the remaining members of the NPA. May they realize that they are nothing else but just sacrificial lambs of the group,” Lt. Gen. Corleto Vinluan, Western Mindanao Command chief, said in a statement. [ac]