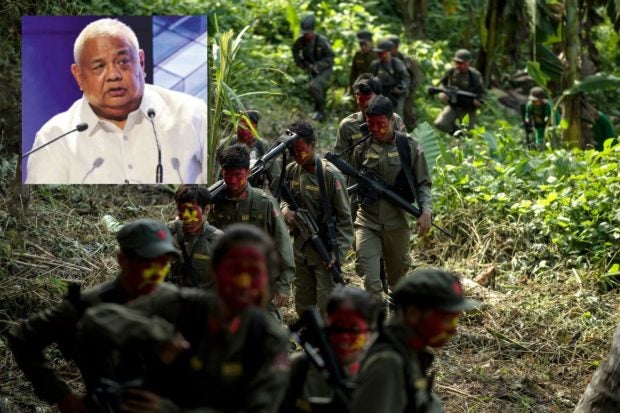 In its Resolution No. 12 dated December 9, the ATC said it found “probable cause that the CPP/NPA committed or conspired to commit the acts defined and penalized under Section 4 of the ATA (Anti-Terrorism Act) and hereby designates the CPP/NPA as terrorist organizations, associations or groups of persons.”

This comes three years since President Rodrigo Duterte issued Presidential Proclamation No. 374 in December 2017 declaring the CPP and NPA as terrorist groups.

The ATC resolution, signed by its chair, Executive Secretary Salvador Medialdea, also mentioned the petition filed by the Department of Justice (DOJ) seeking to declare the communist group and its armed body as terrorist and outlawed organizations.

“Whereas, filing of the said petition by the NPS (National Prosecution Service), DOJ clearly established the existence of probable cause that the CPP/NPA committed, or attempted to commit, or conspired in the commission of the acts defined and penalized by the ATA,” the resolution read.

ATC’s official tag on CPP and NPA as terrorist organizations means that its assets should now be subject to the Anti-Money Laundering Council’s authority to freeze pursuant to Section 11 of the Republic Act No. 10168 or the Terrorism Financing Prevention and Suppression Act, as provided under Section 25 of the ATA.

The CPP, formed in 1968, will celebrate its 52nd founding anniversary on Saturday, December 26.

In a statement issued Friday, the CPP said revolutionary forces will hold “simple but joyous” activities to commemorate its anniversary.

But Defense Secretary Delfin Lorenzana said the CPP has no reason to celebrate and instead should be ashamed of itself. “It is a total failure. Rather, it left a trail of death and destruction all over the country that continues to this day,” said Lorenzana.