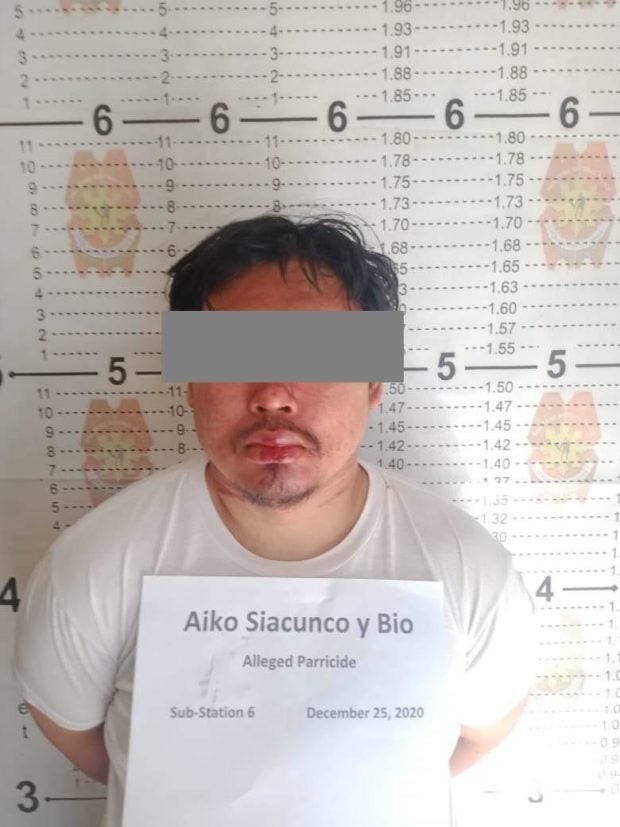 MANILA, Philippines—Tragedy befell one family in Taguig on Christmas Day (Dec. 25) after a man killed his two children.

The suspect, identified as Aiko Siancunco, turned over himself to authorities after taking the lives of his children aged 1 and 3 years old, a police report from Southern Police District said on Friday.

The suspect said he also tried to kill himself by drinking detergent bleach but failed.

A report from radio station dzRH said that Siancunco hanged his children after his wife allegedly committed suicide.

But the sister of the suspect interviewed by dzRH, who refused to be named, said she does not believe that Siancuco’s wife took her own life.

“He sent me a text message asking me to take care of the children, I’m giving up,” said the sister, recalling her last communication with the suspect before seeing the children lifeless.

She said she did not know the problems of the couple but knew her brother was short-tempered.

“I think it’s normal for the couple to fight, but I don’t know how often they fought,” said the sister. “We have no idea because they were alone in the house,” she said.

The suspect’s sister vowed to fight for justice. “We will look for justice because he included the children. The children are innocent,” she said.