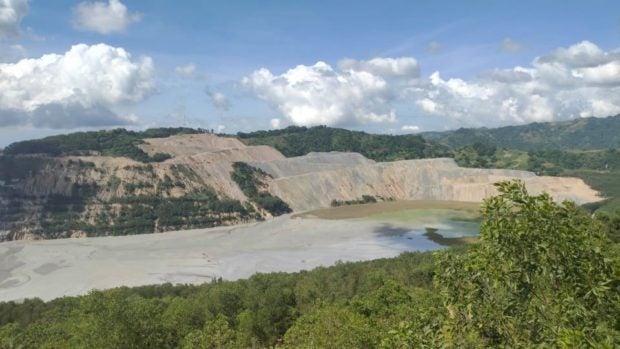 CEBU CITY — At least 400 households, consisting of 2,000 people living near the mine site where a landslide occurred on Monday, were told to leave their homes as ground cracks in the area have widened.

John Roseller Layan, public information officer of the Toledo City government, said Mayor Marjorie Perales found it prudent to transfer families in communities within the 500-meter radius of the Toledo copper mines to prevent another disaster.

“The mayor sees the need to do it (forced evacuation) but as to the procedures, we still have to convene the Local Disaster Risk Reduction and Management Council,” he said in a text message to the Inquirer.

Council members were scheduled to meet on Thursday afternoon to identify relocation sites, as well as set the date when these families could move out.

A landslide on Monday afternoon hit a section of a mining pit of Carmen Copper Corp. (CCC), killing at least four workers. Search-and-rescue operations for six missing workers were suspended on Wednesday after a company geologist discovered that several cracks near the landslide site had widened from 0.3 m (1 foot) to 6.09 m (20 ft).

While rescuers believed there was a slim chance of finding survivors, Layan said Perales wanted to continue with the mission.

“The mayor’s marching order was to be aggressive with the operation,” he said.

Armando Malicse, officer in charge of the Mines and Geosciences Bureau (MGB) in Central Visayas, said experts who visited CCC’s Carmen Pit suspected that the missing workers might have been underwater.

He said the water in the pit was filled with silt, which made it difficult for rescuers to find the workers. Malicse said the four fatalities had died either from drowning or after being hit by debris or rocks.

“We are praying for the best, but we doubt that there will still be survivors from the landslide,” said Malicse after inspecting the site with other MGB officials.

CCC suspended its operation following the tragedy. It said “it is doing all the necessary action to assess and address the overall situation.”

“We will continue to inform the concerned agencies as well as the general public of further developments,” the company said in a statement.

On Monday night, CCC blamed “incessant rains” in the past months and heavy rain accompanying Tropical Depression “Vicky” (international name: Krovanh) on Dec. 18 for the tragedy.

Malicse said a suspension order served by the MGB to CCC would stay “until such time that the hazards will be removed.”

“At a glance, it seemed like it was really an accident. There should have been no people near the site because they knew that the portion of the pit would fall any time and they were just waiting for [an accident to happen],” he said. INQ

Read Next
Taal Volcano Island shows signs of life
EDITORS' PICK
Nestlé Philippines’ ‘NESCAFÉ Plan’ bags Grand Anvil at PRSP 56th Anvil Awards
Smart reinforces superiority with best speed and mobile video experience in PH
Every Filipino home can now be a smart home with realme TechLife
New 3,045 COVID-19 cases push PH total active cases to 40,074
LTO’s P500-M deal for screws draws scrutiny
How to lose a PH genius: Wesley So officially a US citizen
MOST READ
How to lose a Filipino genius: Wesley So officially a US citizen
US lays out list of aid to ‘satisfy’ Duterte following VFA payment demand
Robredo on Sara Duterte leading poll surveys: Why are Filipinos drawn to leadership of this kind?
Rights lawyer survives attack by playing dead, loses all case files
Don't miss out on the latest news and information.