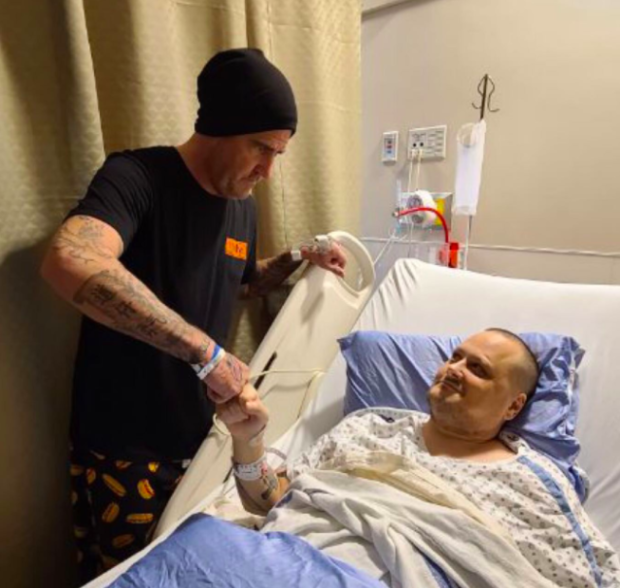 A hotdog vendor who donated his kidney to a customer is now offering free hotdogs for life to others who will also donate to those in need.

Skully White last week was able to successfully donate his kidney to Tim Hiscock, who has been his customer for three years,  as per Vancouver Sun last Monday, Dec. 21.

White, who owns the gourmet hotdog stand Lullys Food Experience in British Columbia, Canada, immediately decided to donate one of his kidneys after learning that the customer had complications.

“One day his wife (Cindy Rhyno) called me up and said he had some medical issues and I wasn’t supposed to feed him without her permission,” White was quoted as saying.

In an interview with the newspaper, the wife noted that two days after the call, “Skully contacted us saying that his lab results came back and… Tim could have one of his kidneys.”

White also disclosed that being able to donate his organ and save another person’s life is “the most amazing feeling in the world.”

“He was weak but we chatted for a little bit and eventually I just said, ‘Okay, so apart from the pain that we’re both feeling from being cut open, and the grogginess and everything. How does not being on dialysis and having the kidney feel?’ And he looked at me with a smile … and he had tears coming down his face,” White was quoted as saying.

“It was the most amazing feeling in the world that I could do this for him,” he added.

Aside from saving others’ lives, those who wish to also walk White’s heroic path can expect free hotdogs for the rest of their lives, according to the hotdog stand’s announcement on Facebook on Dec. 20.

As of today, Dec. 23, three of White’s customers have signed up to also become donors and join the “1 kidney club,” as announced on Facebook. Ian Biong /ra