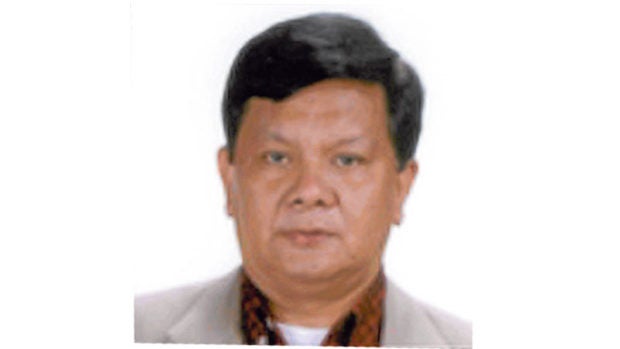 MANILA, Philippines — The nearly two-month search for retired Court of Appeals (CA) Associate Justice Normandie Pizarro has ended after results of a recent DNA test confirmed that it was his mutilated body that was found in Tarlac province just a week after he was reported missing, officials said on Tuesday.

Eric Distor, director of the National Bureau of Investigation, said the fingers of the victim’s left hand and his entire right hand had been cut off, apparently to prevent investigators from identifying the body through fingerprints.

DNA tests conducted on the cadaver recovered in Capas, Tarlac, on Oct. 30 matched those of the former CA magistrate by 99.99 percent.

The test results were released only on Monday night, and it was not immediately explained why it took so long.

Pizarro’s car was found abandoned on a roadside in San Simon, Pampanga, on Oct. 24, a day after he was reported missing. Justice Undersecretary Adrian Sugay said Pizarro was last seen alive in a casino at Clark Freeport in Pampanga.

Pizarro had spoken on the phone with one of his sons around noon that day, Sugay said.

Justice Secretary Menardo Guevarra said the NBI was considering the possibility that the disappearance and brutal killing of Pizarro were connected with the cases he handled in the appellate court.

“The NBI is looking at all possible angles, and Justice Pizarro’s previous work in the Court of Appeals is surely one of them,” Guevarra told the Inquirer.

“The NBI is still investigating [this incident]. But this will be solved very soon,” he added.

He said probers were focusing on the role of “four persons of interest” who could be behind the disappearance and death of Pizarro.

“One of them is willing to divulge what he knows,” Guevarra said, without elaborating.

It was not clear if Pizarro died from his hand wounds or if he had been fatally shot before he was mutilated.

Pizarro served in the country’s second-highest tribunal for more than 13 years, stepping down from the bench on Feb. 7, 2018, a year before reaching the mandatory retirement age of 70.

Before leaving the court, Pizarro had written several controversial rulings, including the May 2017 ruling acquitting businesswoman Janet Lim-Napoles, the convicted brains of the P10-billion pork barrel scam, in the serious illegal detention case filed by whistleblower Benhur Luy.

In January 2018, he authored the CA decision that voided a Hawaii court ruling that granted the $2-billion indemnity suit filed by victims of martial law under dictator Ferdinand Marcos and his family.

A month after his retirement, the Supreme Court had ordered Pizarro to pay a fine of P100,000 after he was found guilty of flouting a Marcos-era edict that barred public officials from gambling in casinos and similar gaming establishments.

The high court’s decision was based on an anonymous complaint that showed photos of Pizarro while inside a casino in Pampanga province. —WITH A REPORT FROM INQUIRER RESEARCH INQ