Bulacan appeals to Duterte not to ban fireworks 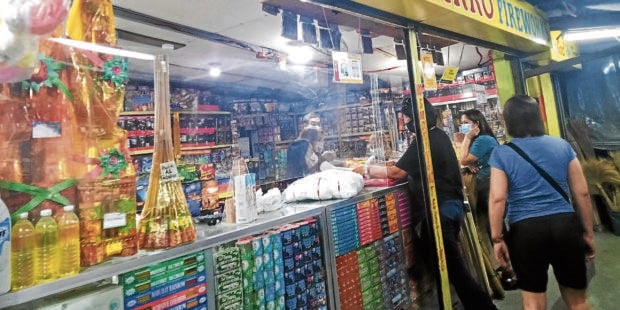 CITY OF MALOLOS — Bulacan officials are appealing to President Rodrigo Duterte not to impose a nationwide ban on fireworks sale as they hope for a rebound in sales as the coronavirus pandemic year ends.

On Friday, Sen. Joel Villanueva, a Bulakenyo, joined their call to reconsider the ban, saying that the province was not against the campaign to reduce fireworks-related injuries but that a total prohibition would affect the livelihood of thousands of people dependent on the fireworks industry.

“If there is a problem with regulation, why would we stop the sale all over the country? It’s like suggesting that if a fire burns, then we should stop cooking. How will we eat? There has to be a deeper study before we decide on regulating or banning firecrackers,” said Villanueva, chair of the Senate committee on labor, employment and human resources development.

“This industry has cultural relevance to every Filipino, but for Bulacan alone, it creates thousands of jobs,” said Villanueva, who hails from Bocaue town, considered the firecracker capital. Police authorities have designated 265 firecracker zones, or safe areas, in Central Luzon where people can light up fireworks while the country remains under a state of public health emergency. Bulacan has 78 areas; Aurora, 12; Bataan, 18; Nueva Ecija, 32; Pampanga, 40; Tarlac, 29; Zambales, 55; and Olongapo City, 1.

But 24 local governments in the region have ordinances that ban fireworks sale and use. Among these are Olongapo and San Marcelino town in Zambales; Meycauayan town in Bulacan; Dinalungan town in Aurora; Hermosa, Limay, Samal, and Pilar towns in Bataan; and Guagua town and Angeles City in Pampanga.

Villanueva said he would join Bulacan Gov. Daniel Fernando in explaining to Malacañang that there were other solutions to the President’s concerns over public safety in the use of fireworks and firecrackers.

In Bicol region, Legazpi City in Albay province was among the first to announce a ban on the use of firecrackers or pyrotechnics during the holidays.

In a public advisory, Mayor Noel Rosal said the order would “prevent firecracker-related injuries that will be highly detrimental to the provision of health services,” especially that the government was still preoccupied with services related to the pandemic.

Samuel Banico, coordinator of the Violence and Injury Prevention Program of the Department of Health (DOH) in Bicol, commended the local government for the prohibition.

The DOH has encouraged the public to use alternative noisemakers to welcome the New Year.

Bicol recorded 37 firecracker-related injuries from Dec. 21, 2019, to Jan. 6 this year, up from 24 reported over the same period last year, the DOH said. —CARMELA REYES-ESTROPE AND MA. APRIL MIER-MANJARES INQ