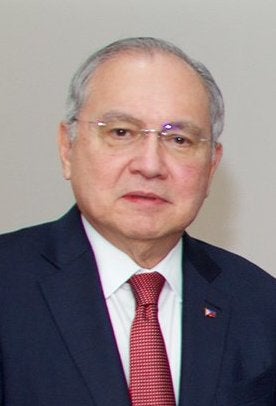 The Philippines will be able to secure between 4 million to 25 million doses of COVID-19 vaccines from Moderna Inc. and Arcturus Therapeutics Holdings Inc., Manila’s ambassador to Washington said on Friday.

The US companies would be ready to supply the vaccines from the third quarter of 2021, if the Duterte government found their proposals acceptable, Ambassador Jose Manuel Romualdez said in a statement.

“We are hoping our government will consider the promising candidates of Moderna and Arcturus for inclusion in our country’s pool of anti-COVID-19 vaccines,” Romualdez said.

A US panel of experts on Thursday voted to recommend emergency approval of the Moderna vaccine, paving the way for six million doses to start shipping as soon as this weekend.US President Donald Trump in a tweet on Friday said Moderna’s vaccine had been approved and would ship immediately, although the US Food and Drug Administration (USFDA) has made no public announcement yet regarding its decision.

This makes Moderna’s vaccine the second to be approved in a Western country.

At a news conference in Manila, Health Undersecretary Maria Rosario Vergeire welcomed signs of progress in the negotiations to obtain vaccines but said each vaccine candidate would need to get regulatory approval to ensure safety and efficacy.

The Philippines plans to buy 25 million doses of a vaccine supplied by China’s Sinovac Biotech for delivery by March. In addition, the private sector agreed last month to acquire 2.6 million shots of a vaccine developed by AstraZeneca in the nation’s first supply deal for a coronavirus vaccine.

The Philippines had missed out on an opportunity to buy 10 million doses of Pfizer’s vaccine for delivery in January, Romualdez said.

The US panel of experts voted 20 in favor of Moderna’s vaccine, none against, with one abstention.

They had been asked to answer the question: “Based on the totality of scientific evidence available, do the benefits of the Moderna COVID-19 Vaccine outweigh its risks for use in individuals 18 years of age and older?”

Epidemiologist Arnold Monto, who chaired the live-streamed discussion, said nothing should be read into the fact that the vote was even more overwhelming than last week’s in favor of the Pfizer-BioNTech vaccine.

“Academics have a way of getting involved in details, and what we have done for the last eight or nine hours was to go over the details,” he said.

The meeting came as the number of deaths from the coronavirus quickly approaches 310,000 in the United States, the worst-hit country in the world, which this week began vaccinating health-care workers and long-term care residents with the Pfizer vaccine.

Both of these front-runners are based on cutting-edge mRNA (messenger ribonucleic acid) technology, which had never been approved prior to the pandemic, and both are two-dose regimens.

Though the level of protection against COVID-19 for both is around 95 percent—far greater than experts had thought was possible—there have now been a handful of people around the world who developed significant allergic reactions after receiving the Pfizer vaccine.

The United States, which has recorded more than 17 million cases of the virus, will probably become the first country to approve the Moderna vaccine.

The small biotech company based in Massachusetts teamed up with scientists from the US National Institutes of Health on the product and has received more than $2.5 billion from the US government for its efforts.

A clinical trial of 30,400 people found it was 94.1 percent effective in preventing COVID-19 compared to a placebo, performing slightly better in younger adults compared to the elderly.

Jacqueline Miller, Moderna’s vice president of infectious diseases development, said on Thursday that there was a strong suggestion the vaccine also protected most people against infection, which is important from a public health perspective as it would prevent onward transmission.

A USFDA review of all available data found there were “no specific safety concerns identified.”

But on Thursday, USFDA official Doran Fink said that should an EUA be granted, the agency would issue a beefed-up warning label regarding potential allergic reactions.

This comes after two health-care workers in Alaska had such reactions to the Pfizer vaccine, and one of them was hospitalized. Two health workers in the United Kingdom also had allergic reactions.

Moderna was criticized by Stanford expert Steven Goodman because of its plans to offer the vaccine to participants in its trial who received the placebo, even before it would normally be available to their demographic group.

This would deprive the trial of a control group and reduce the quality of data that could be gleaned from it, plus set a bad precedent for future trials, he said.

“None of our trial participants would be ‘jumping the line’ ahead of others, because we have clinical trial supplies that in fact would expire and go to waste,” he said, adding many participants were at high-risk, and one person on the placebo group had died from severe COVID-19.

The most common side effects associated with the drug, called mRNA-1273, were injection site pain, fatigue, headache, muscle pain, joint pain, and chills.

Few of these effects were classed as “severe.”

Allergic reactions occurred in 1.5 of the vaccinated population compared to 1.1 percent of the nonvaccinated, but none were classed as severe.

To date, there have been three reports of Bell’s palsy—a facial paralysis condition, most often temporary—in the vaccine group and one in the placebo group.

The USFDA said there was insufficient information to determine that either vaccine was the cause but will continue monitoring.