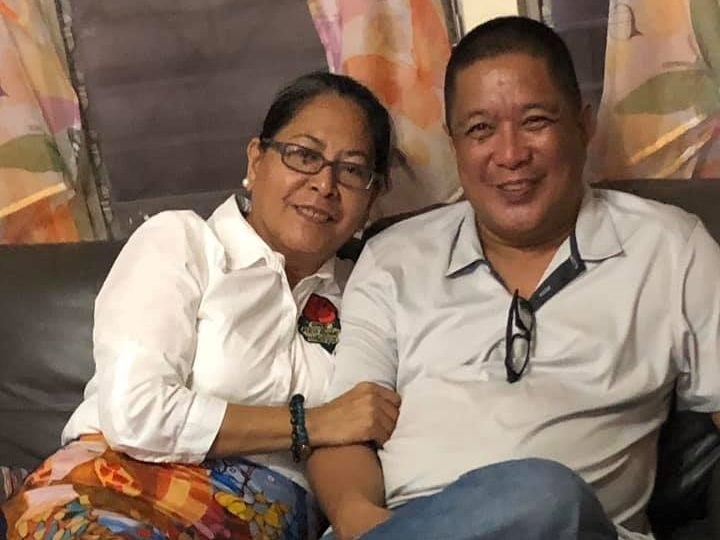 Two senators on the opposite sides of the political fence each called on the government to restore law and order as they sought a legislative inquiry into the series of extrajudicial killings and disappearances in the country, including that of a red-tagged health officer and her spouse who were slain in Negros Oriental province, and recent cases involving judges and lawyers.

Opposition Sen. Risa Hontiveros on Thursday filed Senate Resolution No. 599 seeking justice for Dr. Mary Rose Sancelan, the municipal health officer of Guihulgan City in Negros Oriental, and her husband Edwin, who were gunned down in the city on Dec. 15, a year after an anti-communist vigilante group accused the physician of having ties with the New People’s Army (NPA).

Hontiveros, the chair of the Senate women and children committee, sounded an alarm on the spate of summary executions of activists and government critics, many of whom were unfairly identified by government forces as enemies of the state.

“This attack is only one of the many horrific killings in the country, legitimized by an administration that has distorted the meaning of human rights,” Hontiveros said of the murder of the Sancelans.

“At a time of the biggest health crisis the country has ever seen, I am alarmed that this anti-communist agenda reigned over the literal health and survival of the Filipino people,” the Akbayan senator said.

On Dec. 14, Sen. Imee Marcos filed Senate Resolution No. 593 seeking an investigation into the “alarming deaths and disappearances of members of the legal community.”

She said it was important to look at possible links between and among the killings and disappearances, adding “there is a need to look at the common threads that make one interconnected with the others, as these involve individuals who are tasked with the administration of justice and in upholding the rule of law.”

The Oct. 20 ambush against Camarines Sur province’s Judge Jeaneth Gaminde San Joaquin, who survived the attack, and the deaths of Manila Judge Maria Teresa Abadilla on Nov. 11, and of lawyers Eric Jay Magcamit in Palawan on Nov. 17 and Joey Luis Wee in Cebu on Nov. 21 “shocked not only the legal community but the whole country,” said Marcos.

On Jan. 9, lawyer and former Batangas Rep. Edgar Mendoza, together with his driver and bodyguard, was found lifeless in a burned vehicle in Tiaong, Quezon, Marcos recalled.

She also noted the disappearance of former Court of Appeals Judge Normandie Pizarro and lawyer Ryan Oliva, who remained missing up to this time.

Albay Rep. Edcel Lagman blamed the killings of the Sancelan couple and the others before them on the “culture of violence” created by the Duterte administration.

“No less than the President himself, in many recorded utterances, has encouraged and condoned extrajudicial killings. Violence by example and tolerance has mocked due process and the rule of law,” Lagman said in a statement on Friday.

The murder of the physician came in the wake of the International Criminal Court’s preliminary findings that there is “reasonable basis” to believe that the Duterte administration committed crimes against humanity in its much-criticized war on illegal drugs.

Bishop Gerardo Alminaza of San Carlos City in Negros Oriental, in an interview with ANC on Friday, asked the government to start an “impartial and serious” investigation in the continuing bloodbath on Negros Island.

Alminaza said there should be an investigation not only on the death of the Sancelans but on all deaths on the island since 2017.

“I think it’s important that now we seriously look into this problem because we can’t wait anymore for many other people to be killed before we take action on this,” Alminaza said.

Bishop Patricio Buzon of Bacolod City in Negros Occidental also denounced the killing of the Sancelans.

“The Diocese of Bacolod denounces all forms of extrajudicial killings. It decries indiscriminate red-tagging, and it deplores the apparent impunity among the perpetrators and enablers of this escalating violence, not just in Guihulngan City, but also in other parts of Negros Island,” the prelate said.

Guihulngan Mayor Carlo Jorge Joan Reyes has offered a cash reward of P500,000 for anyone who could give authorities any information that would lead to the arrest of the persons behind the murder of the Sancelan couple.

Brig. Gen. Ronnie Montejo, director of the Central Visayas police, said they were “doing our best to solve this crime.”

Also on Friday, human rights groups led by Karapatan and health organizations protested in front of the Department of Health in Manila to condemn the killing the Sancelan couple.

“Their killing reveals that the threats of tagging individuals as part of the New People’s Army are real and certainly not contrived,” said Karapatan secretary-general Cristina Palabay.

In a statement, the NPA’s Leonardo Panaligan Command (LPC) operating in central Negros vowed to stage more offensives against state troops and their allies in response to the killing of “innocent” persons on the island.

“We are asking all our units to launch an offensive in an attempt to attain justice for Dr. Sancelan and other victims of alleged military abuses in the province,” said the group spokesperson, Ka JB Regalado.

The physician had previously been tagged by the vigilante group Kawsa Guihulnganon Batok Komunista (or loosely translated as Concerned Guihulnganons against the Communists) as Ka JB Regalado, a claim denied by the rebel group. —WITH REPORTS FROM JODEE A. AGONCILLO, JULIE M. AURELIO, RAFFY CABRISTANTE, CARLA GOMEZ AND NESTLE SEMILLA