ILIGAN CITY — It has been nine years since Typhoon “Sendong” (international name: Washi) but Mercy Antoque is still bothered by heavy rain.

“I cannot sleep at night if there is a heavy downpour. I worry that another flood would come and we would be caught, again, by surprise,” Antoque said in the vernacular.

Antoque survived the devastating flood brought by Sendong during the wee hours of Dec. 17, 2011, but said she was still traumatized by the incident.

Saying they have no choice, her family rebuilt their house in the same spot near a creek in Barangay Tambacan here, even as it was declared a danger zone.

Today, some 95 other families live in the same neighborhood, as Antoque.

“We really wanted to have a house in a place safe from the flood,” she said. 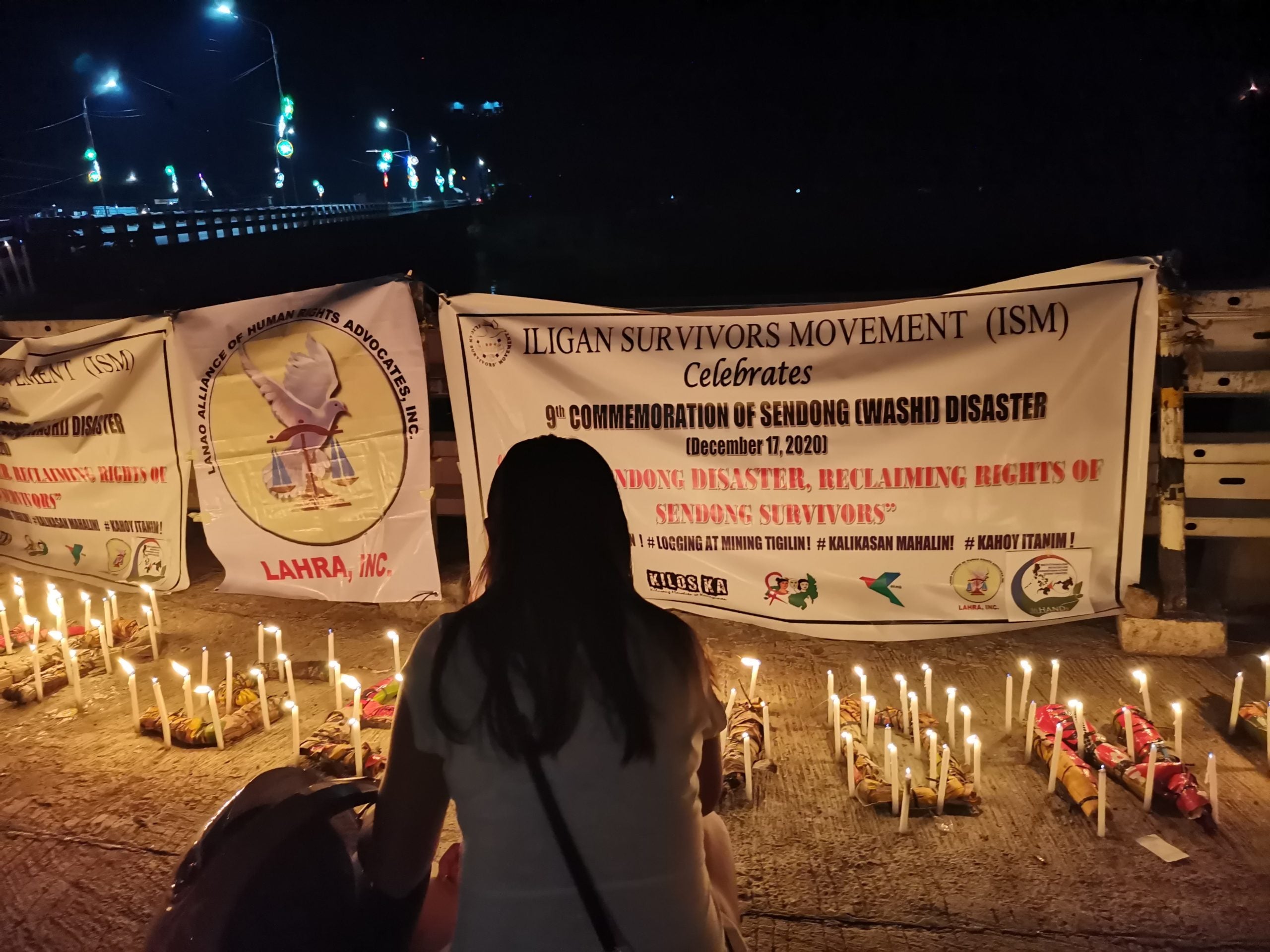 REMEMBRANCE A survivor of Typhoon “Sendong” lights a candle onWednesday evening near Iligan City’s Mandulog River to remember her loved ones who perished in the massive floods that swept many communities at dawn of Dec. 17, 2011. —DIVINA M. SUSON

Antoque and her neighbors had been profiled by the City Social Welfare and Development Office but they were still waiting for their new homes.

Four years ago, the city government broke ground for a relocation site in Sitio Mirador of Barangay Tipanoy, which it bought for P35 million.

Today, the houses are just beginning to be built.

On Wednesday night, on the eve of the ninth year of the disaster, around 50 survivors gathered and lit candles along the highway of Barangay Hinaplanon, near the Mandulog River, considered ground zero of the tragedy that claimed more than 600 lives in the city and damaged some P5 billion worth of properties in 20 mostly urban villages.

The survivors called the attention of the local government on the promised permanent shelters, said Acmad Musa, president of the Iligan Survivors Movement, an organization of around 5,000 Sendong survivors.

While most of them are living in a relocation site, many still remain in their old houses located in areas identified as danger and no-build zones by authorities.

Rey Roque, head of the city’s Housing and Resettlement, said more than 10,289 families hadbeen identified by the Beneficiary Selection Committee of the local government to be provided with housing.

So far, there are 5,993 units completed in 13 relocation sites, all of which now occupied by the intended beneficiaries.

The biggest site is the Bayanihan sa Iligan Village in Barangay Sta. Elena, which has 1,619 completed units built by the volunteers of Gawad Kalinga, Habitat for Humanity, some private organizations and local governments from other places of the country who came here for the construction.

San Miguel Corp. funded the construction of the houses.

However, only 1,597 units in the Bayanihan village are occupied since 22 remaining lots are not viable for settlement, according to Roque, per assessment of the Mines and Geosciences Bureau.

The balance of 4,296 houses will be constructed using funds of the local government.

Roque said priority would be given to some 2,000 families still living in danger zones.