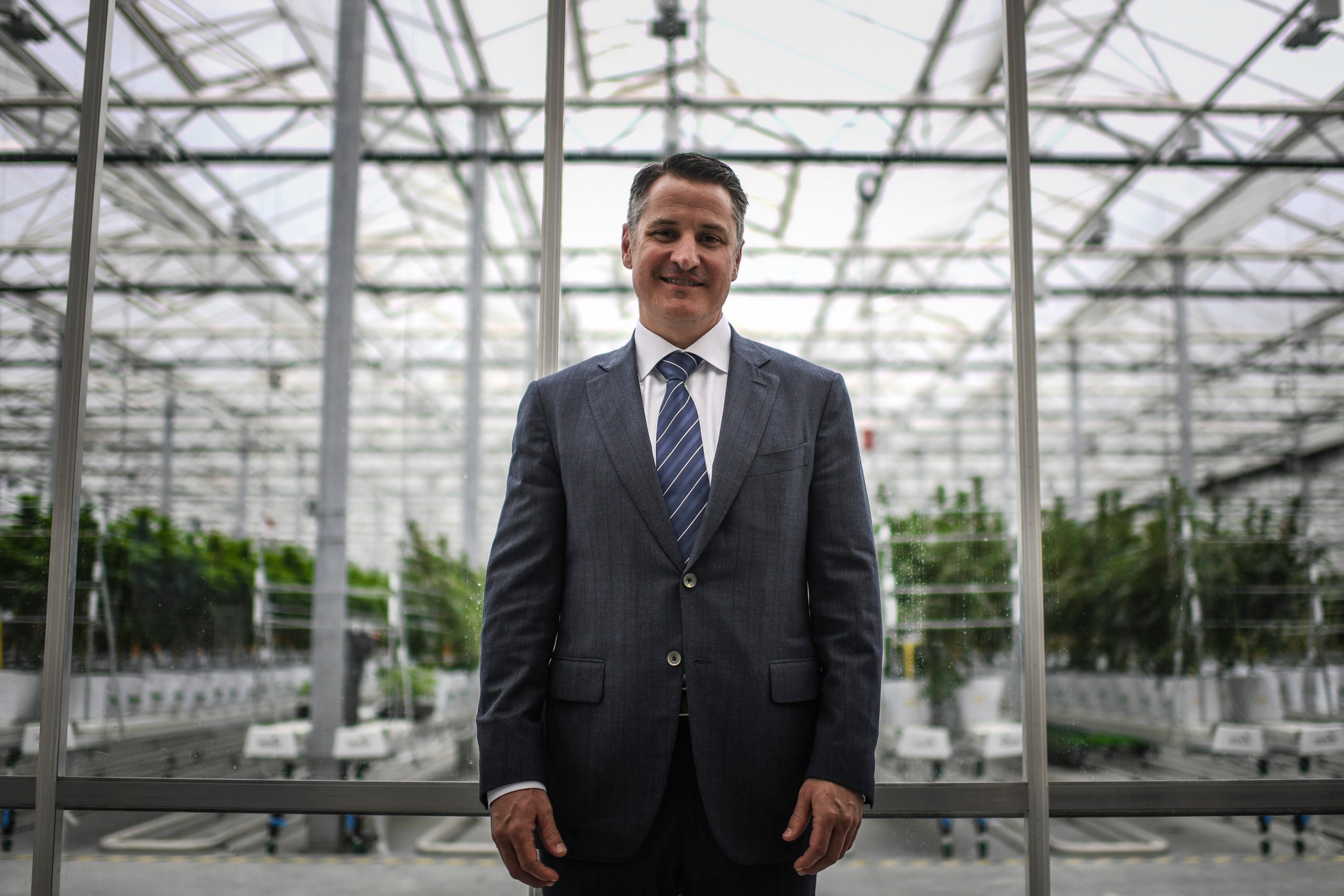 US businessman, Brendan Kennedy, CEO of Tilray medical cannabis producer, poses in a greenhouse of the Canadian company’s European production site in Cantanhede, on April 24, 2018. – The Canadian company Tilray, which aims to become one of the world’s leaders in the therapeutic cannabis industry, inaugurated its European production site today in the central Portuguese town of Cantanhede. (Photo by PATRICIA DE MELO MOREIRA / AFP)

On share prices at the close on Tuesday, the firm’s stock market value would be roughly Can$5 billion (US$3.9 billion), the companies said in a statement.

The all-stock merger comes amid a move to consolidate the relatively new but booming recreational cannabis sector in Canada, where the drug has been legal since October 2018.

The new group, which will operate under the Tilray name, will be traded on the Nasdaq. It will have a 17.3 percent share of the market in Canada, the largest of any firm.

Aphria chairman and CEO Irwin Simon will lead the new group with the same title.

The company will produce cannabis-infused food and beverages in the United States, and medical marijuana in Portugal, with a distribution hub in Germany.

The combined revenue of Aphria and Tilray over the last 12 months was an industry-leading Can$874 million, though rival Canopy Growth has a higher overall stock market value.

The deal is expected to be finalized in the second quarter of 2021. Shares in both companies jumped after the announcement.

Canada was the second nation, after Uruguay in 2013, to legalize the recreational use of cannabis.