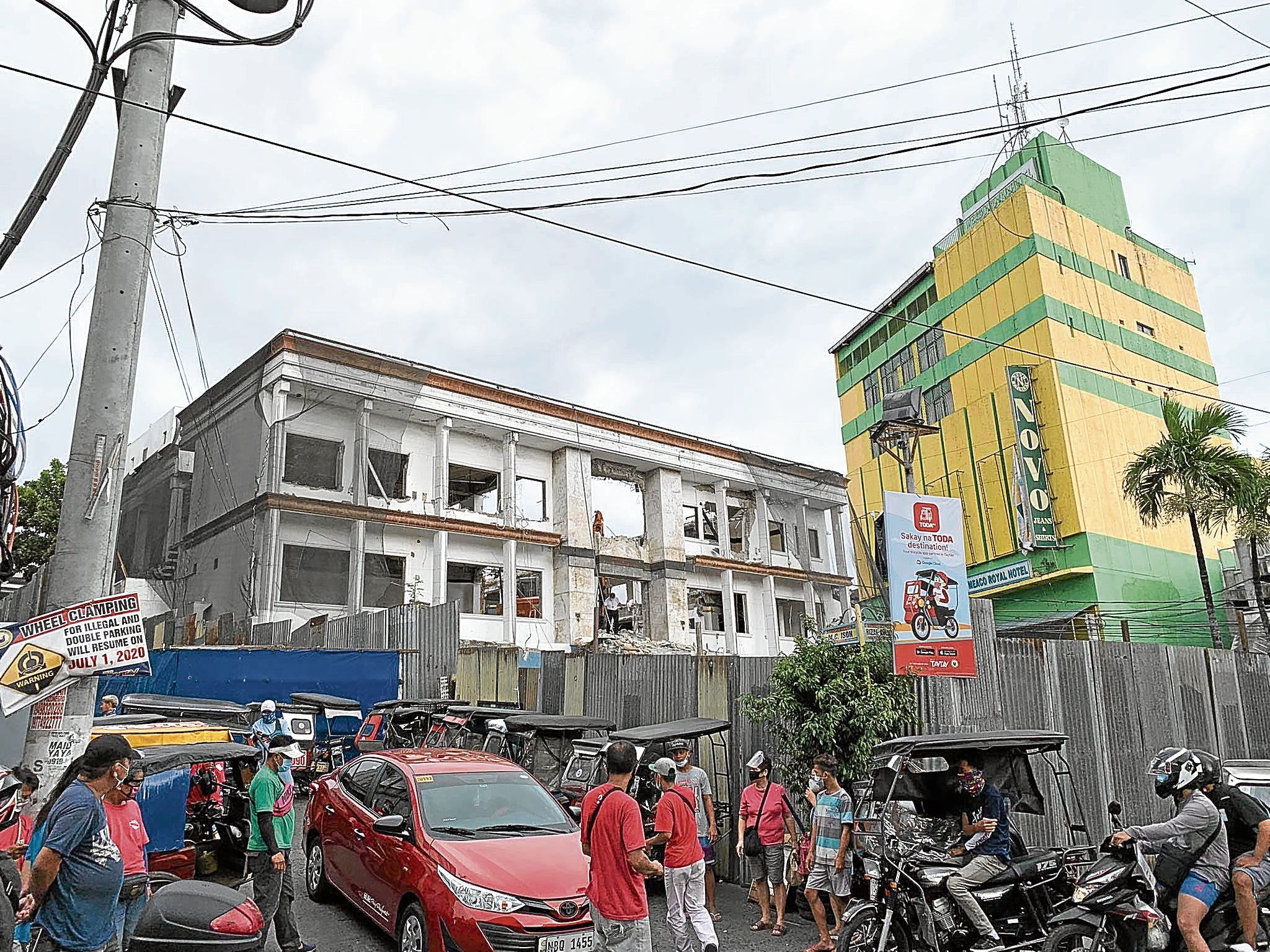 DEMOLITION Heritage advocates in Taytay town, Rizal province, are anticipating a long legal fight as they try to save the old municipal building. Sections of the town hall in Taytay’s commercial district have been torn down as the local government makes space for a new hospital. —JOHN TOBIT CRUZ/CONTRIBUTOR

Heritage advocates scored a victory after the National Heritage Commission of the Philippines (NHCP) ordered the municipal government of Taytay in Rizal province to stop the demolition of its old municipal hall.

The NHCP likewise told the local officials to restore the monuments of national hero, Dr. Jose Rizal, and Inang Laya (Mother Freedom) which, based on records of local historians, had been the town hall’s centerpieces since the 1950s.

The monuments were taken down on Nov. 20 when the demolition of the old public building began to clear the site for the construction of the 245-bed Rizal Provincial Hospital System-Taytay Annex.

The building and the monuments, both at least 50 years old, “fall under the protection of the heritage law and must not be modified or demolished without due process,” the NHCP said in its Dec. 11 cease-and-desist order (CDO) to Mayor George Ricardo Gacula II.

“We also demand your office to immediately coordinate with us and submit the site development plan and other pertinent documents for discussion and thorough evaluation,” it added.

Taytay information officer, Mark Valdez, was unavailable for comment on Wednesday, but John Tobit Cruz, a village council member and a petitioner to preserve the old building, said the demolition stopped on Tuesday when the local government supposedly received the order.

Cruz, however, said: “We can imagine a long fight ahead.”

A regional trial court (RTC) in Antipolo City denied on Dec. 14 the petition of the heritage advocates for a temporary restraining order and a writ of preliminary injunction to stop the demolition.

In a social media post, also on Dec. 14, Gacula asked the opposition to “adhere” to the court ruling.

“The court has spoken. Let us all adhere to the decision of the law. [The hospital] would be a big help to the poor,” the mayor said.

In light of the NHCP order, Taytay Advocates of Cultural Heritage on Wednesday appealed the decision of assisting judge, Edgardo Sison, of the Antipolo RTC Branch 140, noting that the court ruling was dated later than the order issued by the NCHP.

In a six-page decision, Sison had told the petitioners that they should have sought for “an ex parte CDO” from the NHCP, apparently not realizing that the commission had already issued one.

“It is an ordinary, speedy and adequate remedy that plaintiffs should have availed [themselves] of instead of going to the court,” Sison said.

The court said the petitioners failed to substantiate their claim that Gacula, municipal councilors and other local officials violated the Local Government Code when the municipal council issued two resolutions designating the old building’s site for the new hospital project.

But with regard to structures considered important cultural properties, “the court is simply hamstrung from determining the same on its own lest it intrudes into the quasijudicial authority and primary jurisdiction of the NHCP.”