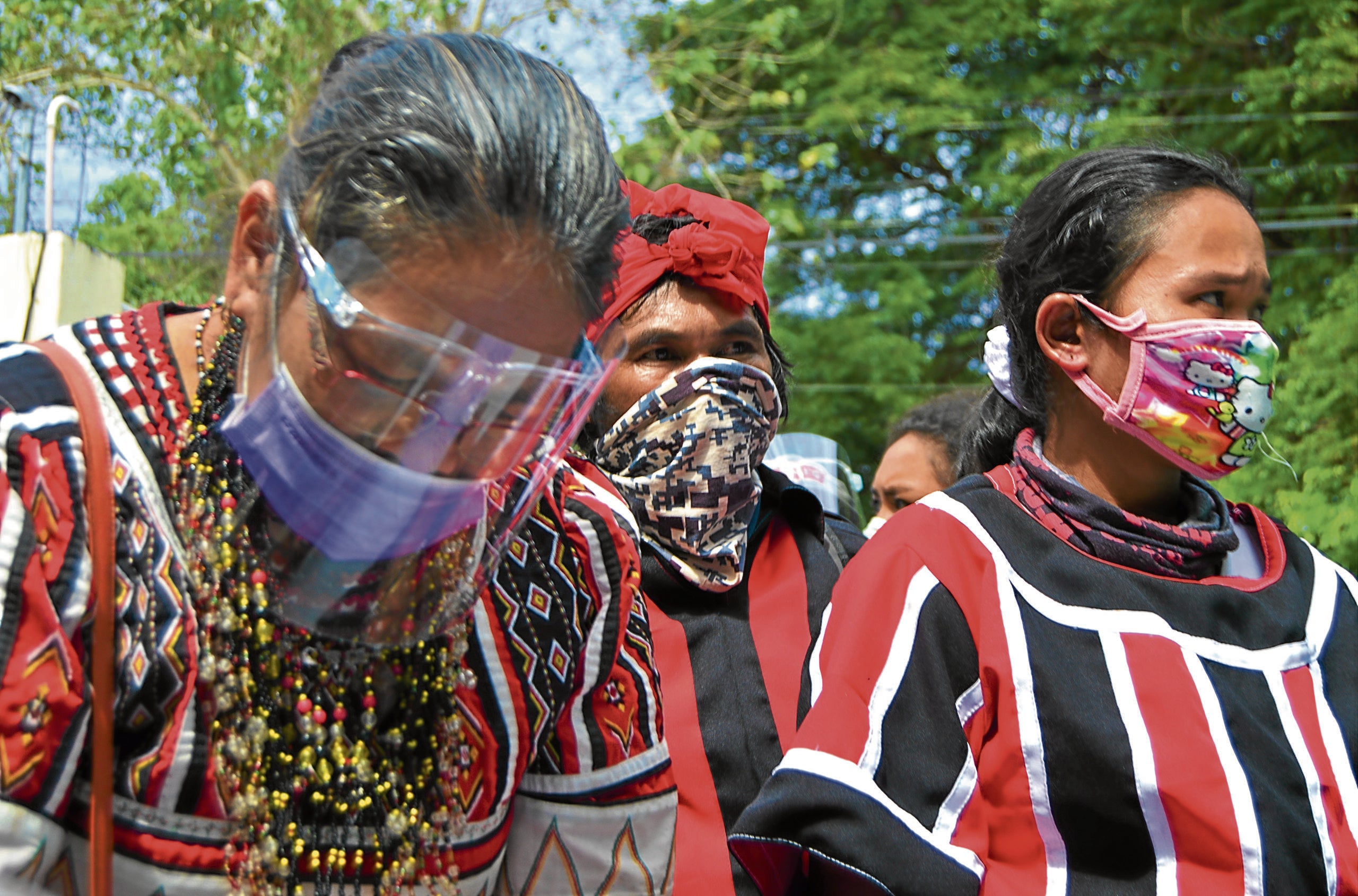 CRY FROM THE TRIBES Members of tribal communities in Northern Mindanao and Caraga regions join a national indigenous peoples summit in Cagayan de Oro City where they called on the government to look into the killings of “lumad” leaders. —JIGGER J. JERUSALEM

CAGAYAN DE ORO CITY—Leaders of tribal communities in Caraga and Northern Mindanao regions are calling on Malacañang to look into the killings of “lumad” (indigenous peoples, or IPs) as two more IP elders were killed by unidentified gunmen in Bukidnon province last week.

Datu Erwin Marte of the Tagoloanon tribe in Bukidnon said the murder of Datu Winefredo Sumael, 75, and Datu Raffy Alim, 28, on Dec. 13 prompted them to issue an urgent call to President Duterte.

Sumael and Alim were on their way to an elders’ meeting in Kadingilan town, Bukidnon, on board a motorcycle when they were shot and killed in Barangay Old Nongnongan.

“Two gunmen were waiting for them [in a secluded spot] and fired at them as they approached. Residents nearby thought they only heard a motorcycle crash,” said Police Maj. Harvey Sanchez, police chief of Don Carlos town.

“What is urgent here is to call for the stop of these lumad killings,” said Orlando Ravanera, chair of the Cooperative Development Authority (CDA), who helped organize the national IPs’ virtual summit here on Tuesday.

Ravanera said the CDA regional office here served as the virtual summit’s venue since many of the tribal communities in Northern Mindanao had organized themselves into cooperatives. Representatives from different Bukidnon tribes like the Higaonon, Manobo, Matigsalog, Bukidnon, Talaandig, Tigwanahon and Umayamnon attended the event.

Sumael and Alim were the latest victims in the series of lumad killings in Mindanao, which had already claimed more than 60 lives in the last five years.

“The lives of [indigenous peoples] matter. They are human beings with the right to live,” Ravanera told reporters at the sideline of the summit. —JIGGER J. JERUSALEM

Read Next
Murder raps filed vs 4 in Pangasinan radioman slay
EDITORS' PICK
Smart reinforces superiority with best speed and mobile video experience in PH
LTO’s P500-M deal for screws draws scrutiny
Nestlé Philippines’ ‘NESCAFÉ Plan’ bags Grand Anvil at PRSP 56th Anvil Awards
Every Filipino home can now be a smart home with realme TechLife
New 3,045 COVID-19 cases push PH total active cases to 40,074
How to lose a PH genius: Wesley So officially a US citizen
MOST READ
Robredo on Sara Duterte leading poll surveys: Why are Filipinos drawn to leadership of this kind?
How to lose a Filipino genius: Wesley So officially a US citizen
US lays out list of aid to ‘satisfy’ Duterte following VFA payment demand
Duterte order to police, military on Reds: ‘Kill them all’
Don't miss out on the latest news and information.