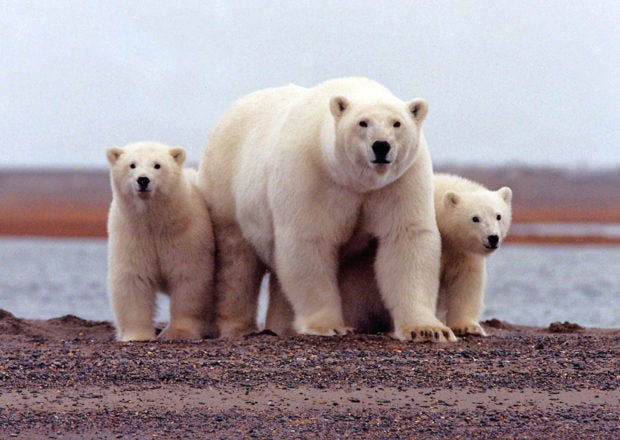 Four lawsuits have been filed since August challenging the Trump administration’s plans to auction drilling rights, or lease sales, in the ecologically sensitive but potentially energy-rich coastal plain of ANWR along the Beaufort Sea.

The plaintiffs in three court cases filed motions on Tuesday seeking a preliminary injunction to block the lease sales, which the Interior Department has said it intended to hold by Jan. 6.

They also have requested a court order barring permits sought for seismic operations, which can involve blasting to produce sonic images of underground formations, within 352,400 acres of the refuge’s 1.6 million-acre coastal plain.

Opponents of such activities, which would begin ahead of actual drilling, say they would prove especially disruptive to resident populations of polar bears listed as a threatened species due to climate change. The U.S. Fish and Wildlife Service has said seismic disturbances to bears would be minimal.

If granted, the plaintiffs’ motions could delay any decisions about the pristine region until after the Jan. 20 inauguration of President-elect Joe Biden, who opposes drilling there. Opponents of energy exploration in ANWR have requested a decision by the court before the planned lease sales are held.

“It is hardly surprising that these special interest groups and frequent filers are trying to stop a Congressionally-mandated energy development program,” Department of Interior Spokesman Ben Goldey said in an email, adding that the administration’s program “includes extensive protections for wildlife.”

They argue that the lease sales would pave the way for irreparable damage to a pristine tundra ecosystem that is vital to wildlife including polar bears and caribou, and that the federal government failed to adequately analyze greenhouse gas emissions from potential drilling in the area.

In court filings, drilling opponents cited a decision earlier this month by the 9th U.S. Circuit Court of Appeals that canceled approval of what could become the nation’s first offshore oil production facility in federal Arctic waters.

In that decision, the court found that the Department of Interior had failed to account for increased carbon emissions overseas when it approved the project.

Drilling had been banned in ANWR for decades before Republican-led tax legislation signed by Trump in 2017 removed the prohibition. Trump has sought to maximize domestic oil, gas, and coal production and has downplayed environmental threats posed by the drilling and mining industries.

Read Next
WHO vaccine scheme risks failure, leaving poor countries no COVID shots until 2024
EDITORS' PICK
Nestlé Philippines’ ‘NESCAFÉ Plan’ bags Grand Anvil at PRSP 56th Anvil Awards
Smart reinforces superiority with best speed and mobile video experience in PH
Every Filipino home can now be a smart home with realme TechLife
New 3,045 COVID-19 cases push PH total active cases to 40,074
LTO’s P500-M deal for screws draws scrutiny
How to lose a PH genius: Wesley So officially a US citizen
MOST READ
US lays out list of aid to ‘satisfy’ Duterte following VFA payment demand
How to lose a Filipino genius: Wesley So officially a US citizen
Robredo on Sara Duterte leading poll surveys: Why are Filipinos drawn to leadership of this kind?
Kris Aquino dispels rumors on son Josh getting married, thanks Ogie Diaz for defending him
Don't miss out on the latest news and information.