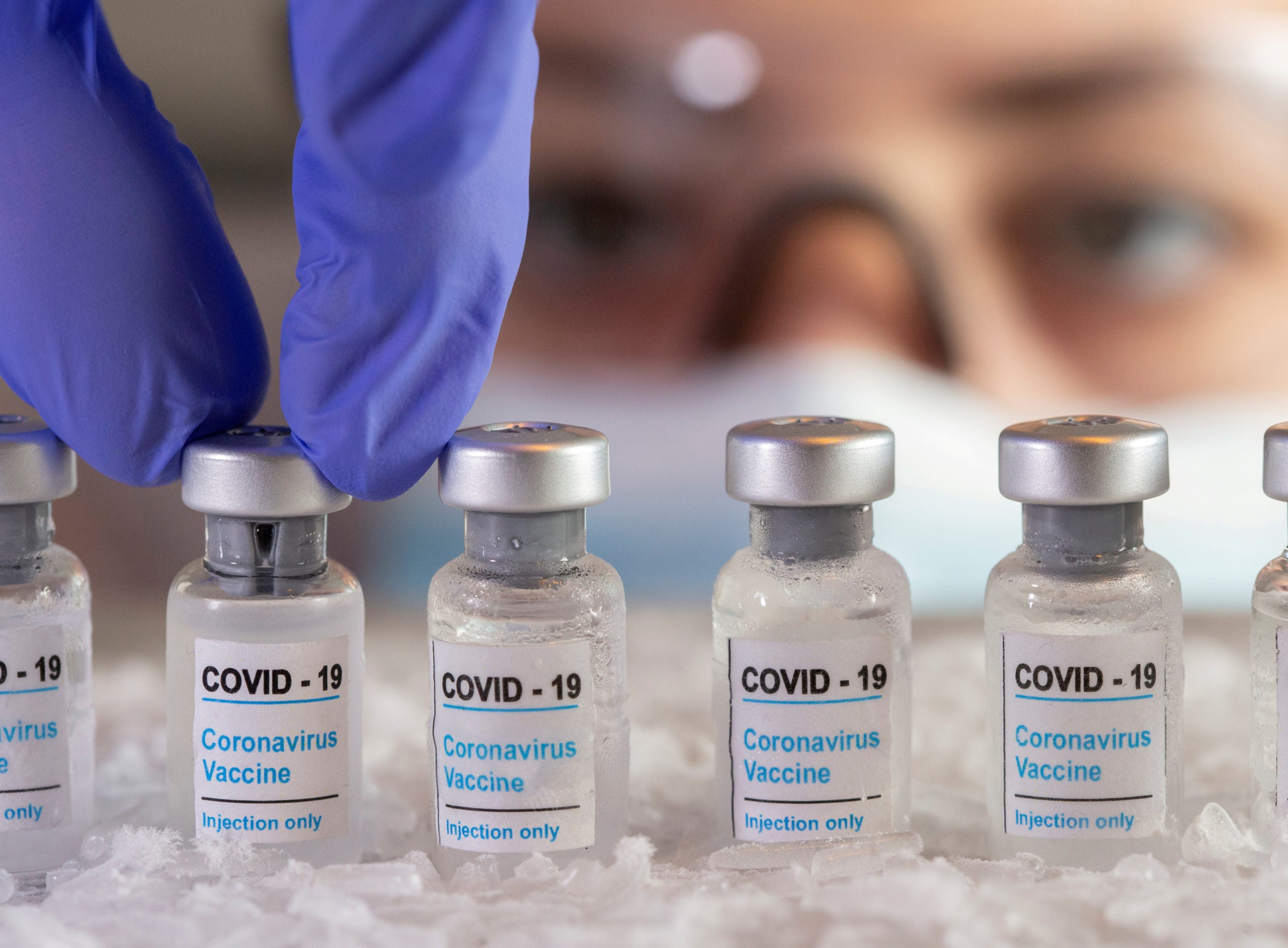 BRUSSELS— The global scheme to deliver COVID-19 vaccines to poorer countries faces a “very high” risk of failure, potentially leaving nations home to billions of people with no access to vaccines until as late as 2024, internal documents say.

The World Health Organization’s COVAX program is the main global scheme to vaccinate people in poor and middle income countries around the world against the coronavirus. It aims to deliver at least 2 billion vaccine doses by the end of 2021 to cover 20% of the most vulnerable people in 91 poor and middle-income countries, mostly in Africa, Asia and Latin America.

But in internal documents reviewed by Reuters, the scheme’s promoters say the program is struggling from a lack of funds, supply risks and complex contractual arrangements which could make it impossible to achieve its goals.

“The risk of a failure to establish a successful COVAX Facility is very high,” says an internal report to the board of Gavi, an alliance of governments, drug companies, charities and international organizations that arranges global vaccination campaigns. Gavi co-leads COVAX alongside the WHO.

The report and other documents prepared by Gavi are being discussed at Gavi’s board meetings on Dec. 15-17.

The failure of the facility could leave people in poor nations without any access to COVID-19 vaccines until 2024, one of the documents says.

The risk of failure is higher because the scheme was set up so quickly, operating in “uncharted territory”, the report says.

“Current risk exposure is deemed outside of risk appetite until there is full clarity on the size of risks and possibilities to mitigate them,” it says. “It therefore requires intensive mitigation efforts to bring the risk within risk appetite.”

In one Nov. 25 memo included in the documents submitted to the Gavi board, Citi advisors said the biggest risk to the program was from clauses in supply contracts that allow countries not to buy vaccines booked through COVAX.

A potential mismatch between vaccine supply and demand “is not a commercial risk efficiently mitigated by the market or the MDBs,” the Citi advisors wrote, referring to multilateral development banks such as the World Bank.

“Therefore it must either be mitigated through contract negotiation or through a Gavi risk absorption layer that is carefully managed by a management and governance structure.”

Asked about the documents, a Gavi spokesman said the body remains confident it can achieve its goals.

“It would be irresponsible not to assess the risks inherent to such a massive and complex undertaking, and to build policies and instruments to mitigate those risks,” he added.

The WHO did not respond to a request for comment. In the past it has let Gavi take the lead in public comments about the COVAX program.

Citibank said in a statement: “As a financial advisor, we are responsible for helping Gavi plan for a range of scenarios related to the COVAX facility and supporting their efforts to mitigate potential risks.”

COVAX’s plans rely on cheaper vaccines that have so far yet to receive approval, rather than vaccines from frontrunners Pfizer/BioNTech and Moderna that use more expensive new mRNA technology. The Pfizer vaccine has already been approved for emergency use in several countries and deployed in Britain and the United States, and the Moderna vaccine is expected to be similarly approved soon.

COVAX has so far reached non-binding supply agreements with AstraZeneca, Novavax and Sanofi for a total of 400 million doses, with options to order several hundred million additional shots, one of the Gavi documents says.

But the three companies have all faced delays in their trials that could push back some possible regulatory approvals to the second half of 2021 or later.

This could also increase COVAX’s financial needs. Its financial assumptions are based on an average cost of $5.20 per dose, one of the documents says.

Pfizer’s vaccines costs about $18.40-$19.50 per dose, while Moderna’s costs $25-$37. COVAX has no supply deals with either of those firms. Nor is it prioritizing investment in ultra-cold distribution chains in poor countries, necessary for the Pfizer vaccine, as it still expects to use mostly shots which require more conventional cold storage, one of the Gavi documents says.

On Tuesday a WHO senior official said the agency was in talks with Pfizer and Moderna to include their COVID-19 vaccines as part of an early global rollout at a cost for poor countries possibly lower than current market prices.

Other shots are being developed worldwide and COVAX wants to expand its portfolio to include vaccines from other companies.

Rich countries, which have booked most of the currently available stocks of COVID-19 vaccines, are also planning to donate some excess doses to poor countries, although is not clear whether that would be through COVAX.

To meet its target of vaccinating at least 20% of people in poor countries next year, COVAX says it needs $4.9 billion in addition to $2.1 billion it has already raised.

If vaccine prices are higher than forecast, supply is delayed or the additional funds are not fully collected, the facility faces the prospect of failure, the documents say.

So far Britain and European Union countries are the main donors to COVAX, while the United States and China have made no financial commitments. The World Bank and other multilateral financial institutions are offering cheap loans to poor countries to help them buy and deploy vaccines through COVAX.

The facility is issuing vaccine bonds which could raise as much as $1.5 billion next year if donors agreed to cover the costs, one of the Gavi documents says. COVAX is also receiving funds from private donors, mainly the Bill and Melinda Gates Foundation.

But even under the best financial conditions, COVAX could still face failure, because of disproportionate financial risks caused by its complex deal-making process.

COVAX signs advance purchase contracts with companies on vaccine supplies that need to be paid for by donors or receiving countries that have the means to afford them.

But under clauses included in COVAX contracts, countries could still refuse to buy pre-ordered volumes if they prefer other vaccines, or if they manage to acquire them through other schemes, either faster or at better prices.

The facility could also face losses if countries were not able to pay for their orders, or even if herd immunity were developed too quickly, making vaccines no longer necessary, the Citigroup report said. It proposed a strategy to mitigate these risks including through changes in supply contracts.