Laguna de Bay to benefit from trade deal with Hungary 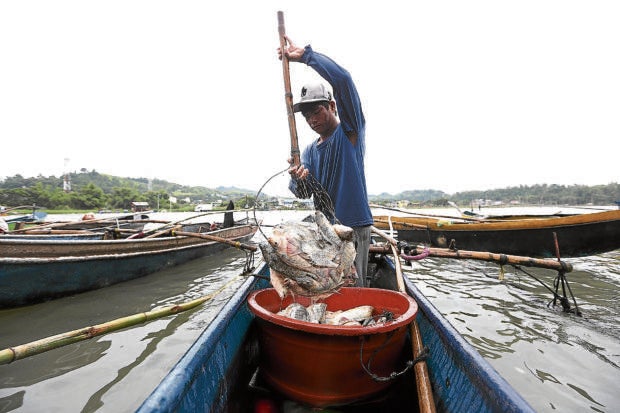 Aside from installing 47 water quality monitoring stations, another component of the deal is a comprehensive feasibility study for the rehabilitation of the heavily silted water body.

Laguna de Bay, which covers the provinces of Laguna and Rizal, and parts of Metro Manila, serves multiple uses, both ecologically and economically, one of which is the multimillion-peso “bangus” (milkfish) and tilapia aquaculture.

The rehabilitation of the lake and its tributaries, which overflow during heavy rainfall and flood lakeshore communities, was one of the priority programs of the government early on President Duterte’s term.

On Dec. 4, a memorandum of cooperation was signed by the LLDA and the private firm, Hungarian Water Technology Corp., during the second Philippines-Hungarian Joint Commission for Economic Cooperation. The project could possibly be funded by the state-owned Hungarian Eximbank.

Since the deal did not include a grant component, the loan would come at “no interest” against the Philippine government, said Jun Paul Mistica, department manager of the LLDA Resource Management and Development.

The foreign water company is considered an expert in the field, particularly for monitoring and treating the Danube River that cuts across Eastern Europe, he said.

“We are praying for the Department of Finance to iron out [the deal with the Hungarian government]. On the part of the LLDA, we are ready to accept the technology,” Mistica said in a phone interview on Monday.

The LLDA targets to install the water quality monitoring equipment in 47 locations from where the agency currently looks at the increase or decrease of the lake water level, especially during a weather disturbance, he said.

“Especially now that we are in a pandemic, we want to be contactless when testing the water quality. Traditionally, or what we do now, we send out people in PPE (personal protective equipment) on boats to collect water samples and bring them back to the lab [for testing],” he added.

Another advantage of a centralized system is getting the results in real time. Mistica said it could mitigate economic losses to fish kill, a natural phenomenon triggered by depleting water oxygen level whenever the weather changes.

“It could [detect the] water quality a day or days ahead a fish kill occurs,” he said. —MARICAR CINCO INQ