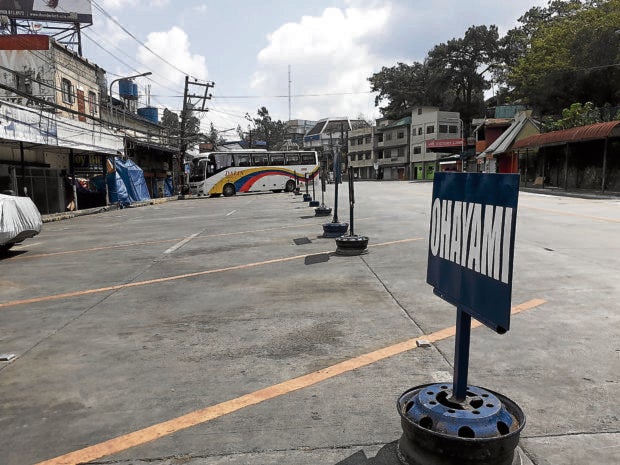 WAITING FOR THE BUS Soon, Governor Pack Road in Baguio City will become busy as buses return to the summer capital. —ALLAN MACATUNO

BAGUIO CITY—Four bus companies are preparing to resume operations and ferry people from this city to 10 other destinations in Luzon, pending health guidelines to be issued by the local government, officials said on Tuesday.

Victory Liner, Genesis, Philippine Rabbit, and Rising Sun will again carry passengers after government officials in areas where they have routes allowed them to resume their services, said Januario Borillo, chief of the transportation management division at the city engineer’s office.

Among the routes to be covered by these bus lines are Baguio to Manila, Clark Freeport, and City of San Fernando in Pampanga, Bataan, and Mariveles in Bataan, Olongapo City, and Cabanatuan City.

The bus firms will also resume their services in Lingayen and Villasis towns and San Carlos City in Pangasinan, and in Bontoc town in Mountain Province. But the buses will need to comply with a set of health protocols to be released by Mayor Benjamin Magalong to ensure the health of travelers crossing regional and provincial borders. These include putting up their health control systems.

Magalong said he would require eight buses a day to enter and leave Baguio once the trips resumed, and would allow more trips once the health systems proved effective. —VINCENT CABREZA INQ