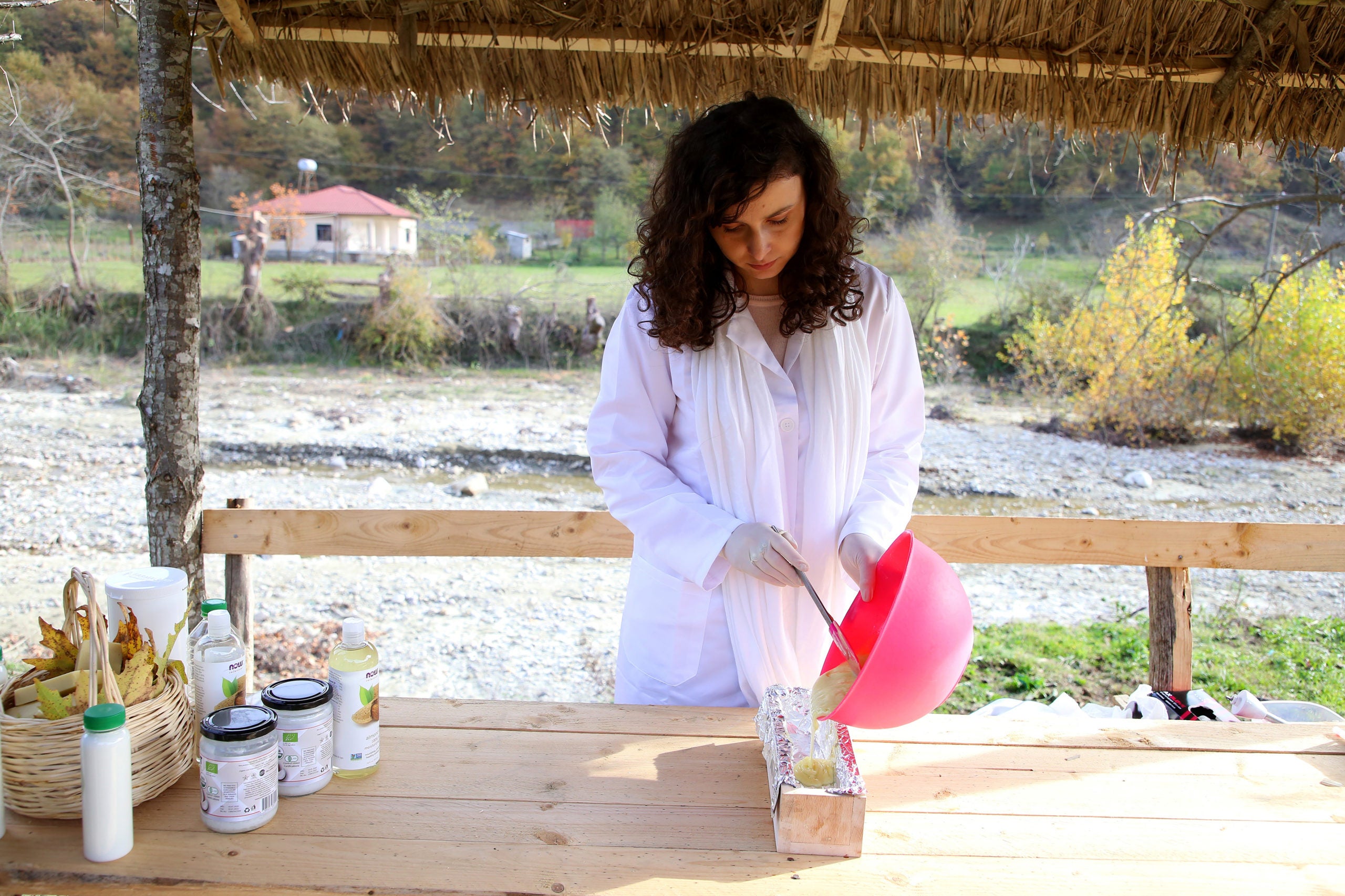 Rexhina Beqiri, 26, makes soap with donkey milk at a dairy farm in the village of Paper on November 24, 2020. On a small farm south of Tirana, donkeys happily munch on hay while customers are flocking to buy their milk, a niche product winning over those who believe in its health benefits. – Touted as rich in vitamins and boost for the immune system, the high-priced milk has been flying off the shelf during the coronavirus pandemic — a time when many in Albania are looking for an extra health kick. (Photo by Gent SHKULLAKU / AFP)

PAPËR, Albania — On a small farm south of Tirana, donkeys happily munch on hay while customers flock to scoop up bottles of their milk, a niche product winning fans who believe in its health benefits.

Touted as rich in vitamins and a boost for the immune system, the high-priced milk has been flying off the shelf during the coronavirus pandemic — a time when many in Albania are looking for an extra health kick.

“The demand for donkey milk is rising sharply” alongside virus infections, says 37-year-old Elton Kikia, the manager of the small farm in the village of Paper, where around a dozen of the small, knobbly-kneed animals romp around a green pasture.

The high demand is good news for the donkeys themselves, whose comfortable lifestyle on the farm is a welcome respite from their traditional roles as beasts of burden.

Typically enlisted to carry heavy loads and pull carts through Albania’s mountainous terrain, donkeys are frequently subject to mistreatment, in the form of beatings, overwork, or saddle sores.

“Yet it is a very delicate animal, which to produce its milk needs tenderness and love,” says Kikia.

Two years ago he left his job as a journalist to take over the family farm, which is only one of two in the country to raise donkeys for their milk.

At 50 euros a liter, the price of their milk is exorbitant in a country where the average wage barely reaches 400 euros a month.

But fears around COVID-19 have set off a flurry of interest.

While no one is branding the milk as a cure for the virus, aficionados are convinced its nutritional profile — which is close to human milk — helps strengthen the body’s natural defenses.

Klea Ymeri, a student in agro-environmental engineering, recently traveled to Paper to buy two 250 milliliter bottles to help her parents recover from Covid-19.

“On top of the medicines they are taking, donkey’s milk could be a good natural remedy for the respiratory system”, she told AFP.

The family also uses some of the milk to make soaps, masks, and other beauty products.

Regina Beqiri, a relative and pharmacist who concocts the mixtures, says sales are up at a time when virus restrictions mean “people are spending more time at home and can take better care of their skin”.

The farm currently has four pregnant donkeys and four milk-producing mothers, each with a calf.

With a maximum production of three liters a day, “we can’t meet the demand”, Kikia told AFP, saying he plans to expand his herd to 100 donkeys.

But that is no easy task in Albania, where the donkey population is on the decline.

Waves of emigration from villages to cities, plus the use of machines in agriculture, has shrunk the number of donkeys and breeders across the Balkan state.

Milk production is thus also a way of “protecting” the species, according to the farmers, whose animals still bear the scars of their difficult past lives.

“They are cared for and rehabilitated, including psychologically,” says Riza Kikia, 71, Elton’s father.

Geni, for example, is a white female donkey who arrived with a wounded ear and a scar-streaked back.

“She was weak, sad, she didn’t want to stay with the others. Now she plays, she eats well and she makes good milk”, said Kikia.

The donkeys are also a draw for local children from the village who come to take rides, feed and pet the animals.

“This bond between the donkeys and the children is a therapy in itself,” Kikia explained.

“It is a psychological remedy that has magical effects, both on the behavior of the children and on that of the animals.”