MANILA, Philippines — Solicitor General Jose Calida has asserted that his office adheres to the standards and rules set by the 1987 Constitution in relation to the filing of Statement of Assets, Liabilities, and Net Worth (SALN).

In a statement released Thursday, Calida reiterated his remarks during a House of Representatives committee hearing, wherein he said that the Office of the Solicitor General (OSG) is only respecting various regulation about SALN filing, including Civil Service Commission declarations and cases ruled upon by the Supreme Court (SC). 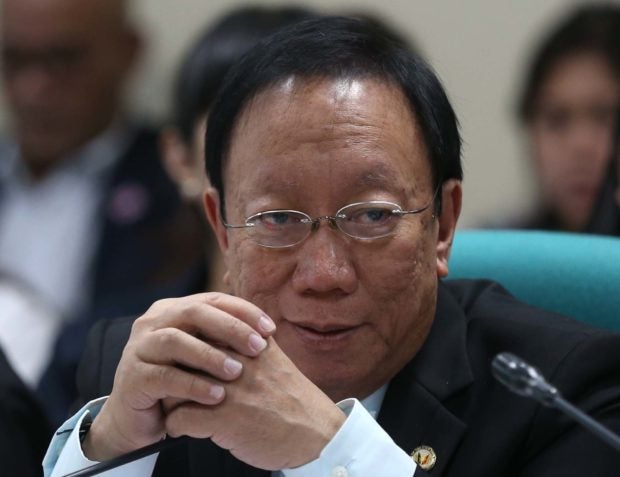 “The OSG recognizes the importance of the filing of SALNs as enshrined in the Constitution and our laws,” he said.

“The SALN is a very important tool in addressing the pressing issue of transparency among those in the government service in compliance with the provisions of the Constitution and the law,” he added.

Calida’s OSG also presented to the House a report that includes its official manual entitled “SALN review and Compliance Procedure,” which was meant to ensure the strict and effective implementation of SALN filing.

“The Report also emphasized that those who fail to file SALN/s or violate any of the provisions of the applicable laws and regulations may be penalized with imprisonment, a fine, suspension, removal, and/or disqualification to hold public office, depending on the gravity of the offense,” OSG said.

Calida and OSG did not mention why they made a statement, except that it was a reiteration of what Calida said in response to the House committee on public accounts, chaired by Rep. Mike Defensor.

The hearing was based on House Resolution No. 1392 filed by Defensor and Rep. Rodante Marcoleta, which sought an inquiry on laws pertaining to the SALN filing.

SALNs have been deemed as a preview of a public official’s wealth and transactions as people working for the government are required to declare their assets and obligations in the document — and improper filing has been considered a violation.

SALNs are also considered a key to verifying allegations of graft and corruption against public servants.

To recall, the impeachment trial of former President Joseph Estrada and former Chief Justice Renato mainly evolved from their SALN declarations. In 2018, Calida zeroed in on former Chief Justice Maria Lourdes Sereno’s supposed non-filing of SALN during her stint in UP to seek her impeachment via a quo warranto petition. Last week, Calida sought access to Associate Justice Marvic Leonen’s SALNs in a bid to initiate a similar quo warranto petition against the magistrate but the Supreme Court junked his plea.