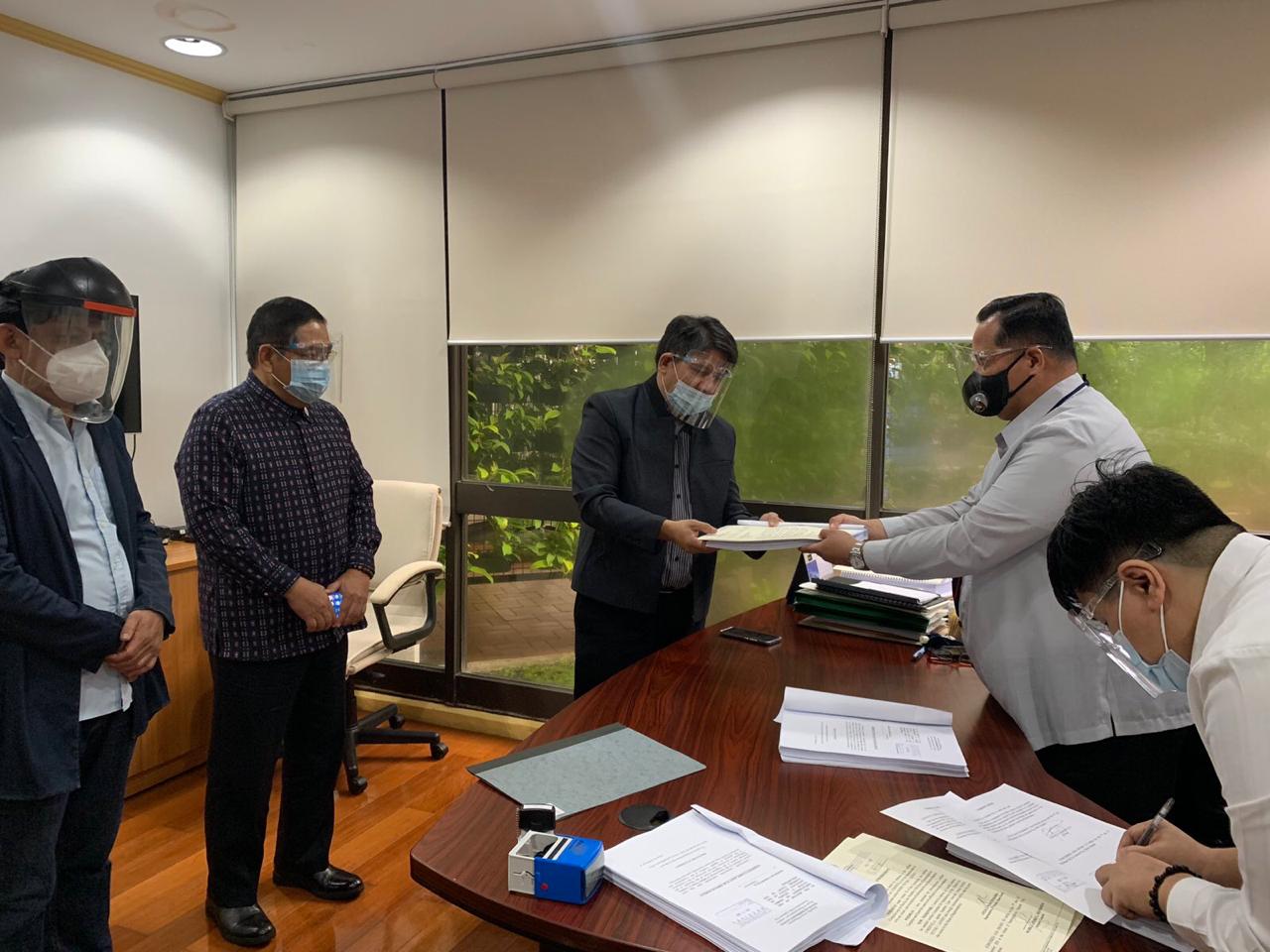 MANILA, Philippines — An impeachment complaint against Supreme Court Associate Justice Marvic Leonen has been filed at the House of Representatives over “culpable violation of the Constitution and betrayal of public trust.”

The impeachment complaint was filed by Edwin Cordevilla, Secretary General of the Filipino League of Advocates for Good Government, who was assisted by lawyer Larry Gadon. It was endorsed by Ilocos Norte Rep. Angelo Barba.

It added that Leonen has also been “negligent and incompetent” for supposedly failing to dispose 37 cases in the Supreme Court in violation of the constitutional mandate that cases should be decided within 24 months from the time it is submitted for resolution.

“Respondent failed to consider the implications of these prolonged delays in the lives of the litigants. He should know that when justice is delayed to a fault, uncertainty in the litigants lingers, thereby diminishing trust and confidence in the Court,” the document read.

Cordevilla further cited the supposed “incompetence and inefficiency” of the SC official over the delayed resolution of 34 cases, consisting of 21 election protests and 13 quo warranto cases, pending in the House of Representatives Electoral Tribunal where he sits as chairperson.

“Clearly, respondent committed culpable violation of the Constitution for arbitrarily, willfully, intentionally, deliberately and malevolently failing to resolve the cases within the required reglementary period,” he said.

Cordevilla also pointed out that during the administration of former President Benigno Aquino III, bias and partiality in favor of the Liberal Party were apparent in all the cases voted upon by Leonen.

But when President Rodrigo Duterte assumed office, Leonen issued “scathing dissents” in almost all the cases where the majority of the SC ruled in favor of the administration, according to Cordevilla.

“Because of these gross lapses, he must now be held accountable for his actions,” he said.

“Respondent is guilty of culpable violation of the Constitution and betrayal of public trust. Therefore, he should not be allowed to continue in office,” Cordevilla added.

In a statement, Leonen said he is confident that the country’s leaders will “do the right thing” on the impeachment complaint.

“Given the urgent and pressing needs of our people during this time of crises, we are confident that our leaders will do the right thing. Certainly, this may not be to attend to false issues raised by some for clearly personal or vindictive reasons,” he said in a statement.

“Regardless, we wish everyone the best for this season of kindness and compassion. May we all continue to help others who are still truly in need,” he added.

He said he has yet to receive a copy of the complaint.

Back in September, the SC denied the request of Gadon and the Office of the Solicitor General (OSG) to have access to Leonen’s SALNs for a quo warranto petition, or a challenge to an official’s qualification for a certain position. To recall, it was also Gadon who filed an impeachment complaint against former Chief Justice Maria Lourdes Sereno in 2017.

In November, the high Court junked the motion filed by the OSG to reconsider its September resolution on the request for the SALNs.