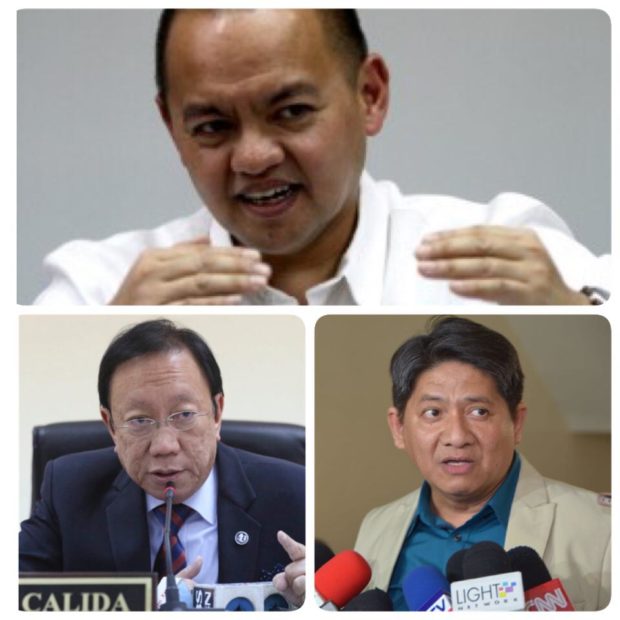 MANILA, Philippines — The Supreme Court on Tuesday denied the request of Atty. Larry Gadon and the Office of the Solicitor-General to have access to statements of assets, liabilities, and net worth (SALN) of Associate Justice Marvic Leonen.

Gadon and the OSG want access to Leonen’s SALN to initiate a quo warranto petition, similar to that of former chief justice Maria Lourdes Sereno. Two years ago, Sereno was removed from her post via a quo warranto proceedings. She is the first constitutional officer removed from office without an impeachment proceeding.

“I would like to confirm that the Supreme Court in today’s en banc session unanimously resolved to deny the request of the Office of the Solicitor General and Atty. Lorenzo G. Gadon, for copies of the SALN of, and other information pertaining to SC Associate Justice Marvic Mario Victor F. Leonen,” Supreme Court’s Public Information Chief and Spokesperson Atty. Brian Keith Hosaka told reporters.

Gadon made his request following Rigoberto Tiglao’s claim in his column in the Manila Times that Leonen failed to file his SALN for 15 years. A few years back, Gadon, filed an impeachment case against Sereno.

What is a quo warranto proceeding?

A quo warranto is a challenge to an official’s qualification for a particular position.

Section 11 of Rule 77 of the Rules of Court states that the action (filing of quo warranto petition) shall commence within one year of the person taking office.

However, a Supreme Court justice, under the law can only be removed by impeachment.

In his dissenting opinion two years ago, Leonen said “even if the Chief Justice has failed our expectations, quo warranto, as a process to oust an impeachable officer and a sitting member of the Supreme Court, is a legal abomination.”

Aside from Gadon, the same Solicitor General who initiated the quo warranto case against Sereno two years ago also wants access to Leonen’s SALN for the same purpose. The OSG’s move gave the impression that it is going after perceived critics of the Duterte administration. Leonen, the third most senior magistrate is known as a consistent dissenter in several cases.

Leonen did not participate in the deliberation of the two petitions requesting access for his SALN. [ac]

Read Next
PACC investigation on PhilHealth ‘far from over,’ says exec
EDITORS' PICK
Get 80% OFF Ignite 2020 Cyber Tickets starting 28 September
Lakers, Heat start their preparations for NBA Finals
Palace blasts Facebook ‘censorship:’ Why only take down pro-gov’t pages?
Water remains our saving grace right now
Smart poised to turn PH into ‘Smart 5G country’ with nationwide rollout
‘Psychic numbing:’ When people stop giving a damn about the pandemic
MOST READ
‘I offered to resign’ because of endless corruption, says Duterte
Duterte meets with Cayetano, Velasco amid speakership issue
Duterte will ask Congress to abolish PhilHealth
Duterte keeps Metro Manila under GCQ for entire October
Don't miss out on the latest news and information.