PNP, DILG not out to eliminate persons on narcolist — Año | Inquirer News

PNP, DILG not out to eliminate persons on narcolist — Año 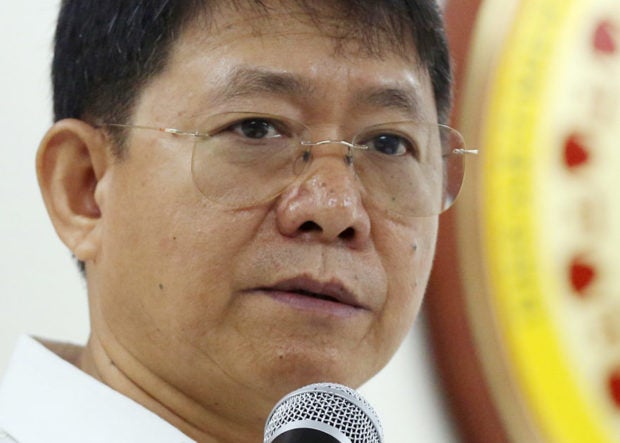 MANILA, Philippines — The Philippine National Police (PNP) and the Department of the Interior and Local Government (DILG) do not have a policy to kill people included in the so-called narco list or list of politicians allegedly involved in the illegal drugs trade, Interior Secretary Eduardo Año stressed on Thursday.

“Sa PNP at DILG we don’t have any policy of extrajudicial killing or taking out people on the narcolist. I will never allow that. It is not my cup of tea,” Año said on CNN Philippines  when asked about the danger faced by individuals on the narcolist, including slain Los Baños, Laguna Mayor Caesar Perez.

“So ang sabi ko sa PNP, investigate, follow the evidence wherever it would lead us. So be it kung may tamaan diyan, kasuhan natin. Kahit naman siguro criminal may due process naman,” he added.

(I told PNP to investigate, stick to the pieces of evidence. So be it if a person is guilty, we will file a case. Even criminals must face due process.)

Año also noted that a person in the narcolist should be removed from the list if a case is already filed against them.

(The President already disowned the list, saying it’s a collation from different agencies. There is already a monthly validation that we are doing and if they are proven guilty, they will face charges.)

(For me, if a case os filed or they are detained, they should be removed from the narcolist.)

President Rodrigo Duterte revealed in a speech on Monday that the narcolist that included Perez did not come from him.

Human Rights Watch, however, said Duterte’s act to distance himself from the narcolist is “the height of hypocrisy and a way to steer clear of responsibility.