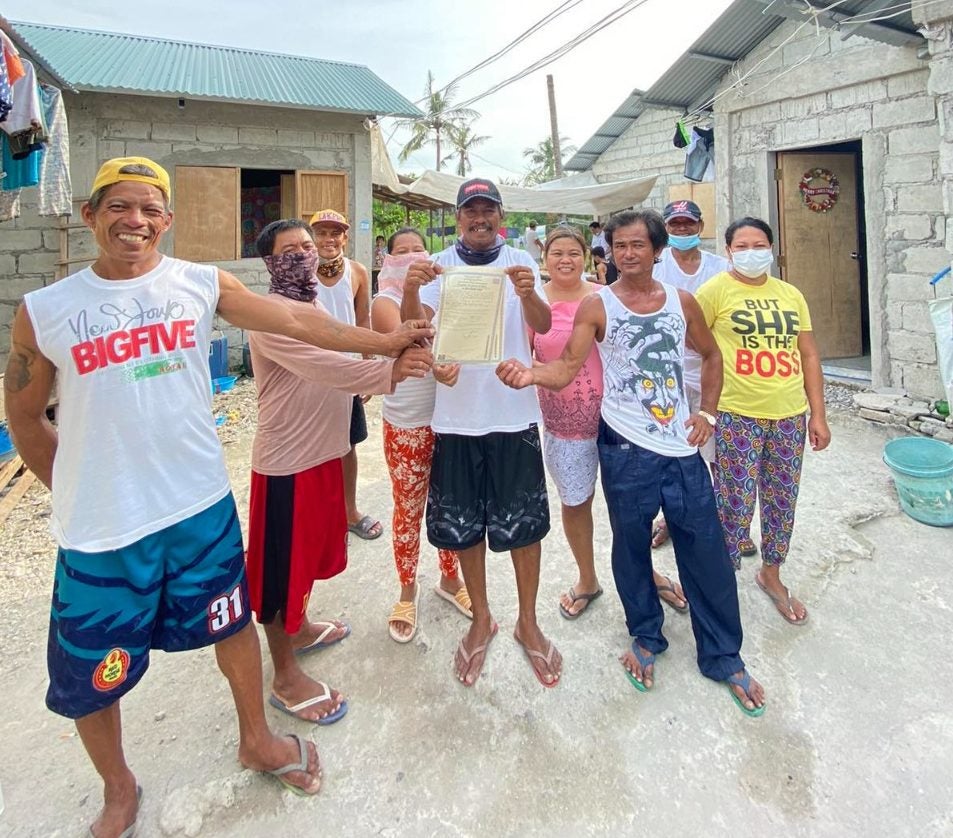 Teody Bacon and other former residents of Sitio Kinse hold the land ownership title to their new homes in Barangay Bambang in Bulakan.

MANILA, Philippines — Land ownership titles have been turned over to the last batch of former residents of Sitio Kinse in Barangay Taliptip who moved out of the area for the construction of the New Manila International Airport.

San Miguel Corporation (SMC), which is bankrolling the new airport, said the residents are now “starting a new life” in their new homes in Barangay Bambang in Bulakan following the turnover of the land ownership titles last December 3.

SMC said the new homeowners were able to buy land and build new homes with the financial assistance provided to them by the corporation.

The corporation added that it also helped the residents find the property, construct their houses, and secure electricity and water utilities connection.

SMC said it provided a total of 277 owners of concrete and shanty houses in Barangay Taliptip with financial assistance.

SMC also provided cash assistance to 87 others who were disqualified, for a total of 364 beneficiaries.

According to SMC, the former Taliptip residents did not own the land where their houses on stilts stood. They also did not have access to water and electricity.

Ramon Ang, president and chief executive officer of SMC earlier said the firm was ready to move these families to safer ground.

Some residents of the area, which mainly rely on fishing earlier said that should they be moved, they should be given another fishing area.