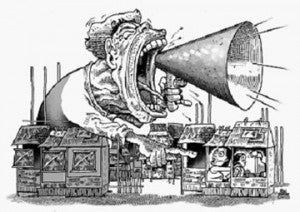 Last Wednesday’s meeting between Cordova municipality, national government and Capitol officials resulted in proposed solutions to the proliferation of cybersex dens in the municipality.

The solutions were simple enough: rewards for informants, teaching of social and moral values to children and livelihood opportunities such as the creation of a mini-Boracay for several barangays in Cordova.

Why it had to take a couple’s arrest and the release of their children from their two-year exploitation in the family cybersex business to bring these solutions to light may not be entirely clear nor acceptable to some but it bears watching nevertheless.

The “mini-Boracay” proposal was especially eyebrow-raising considering that Cordova is largely a landlocked town with very little coastal livelihood. Most residents either move to the town’s more prosperous neighbors like Cebu and Lapu-Lapu cities or go abroad for better employment.

A rewards system may provide incentives but as the couple’s eldest son pointed out, cybersex dens have become a cottage industry of sorts that can be done at one’s own backyard.

But it is in towns like Cordova, whose development remains wanting owing to lack of municipal government support, that the cyber-pornography racket can thrive and proliferate under the government’s radar.

If cyber pornography remains a viable, albeit sordid enterprise in Cordova, what’s to stop molesters from spreading their venom in a “mini-Boracay” that could attract touring pedophiles?

Concerning the rewards system, guidelines should be set up to screen potential informants who may only be ratting out on rival cybersex den operators or have a less than altruistic motive like earning easy money from the government.

The couple in the Cordova town raid were arrested based on solid surveillance and information given by concerned citizens already familiar with what these people have done. These informants’ consciences were bothered enough to motivate them to report the atrocity to the authorities.

We can only hope that the government’s proposed solutions are workable and can be enforced on a consistent, unwavering basis.