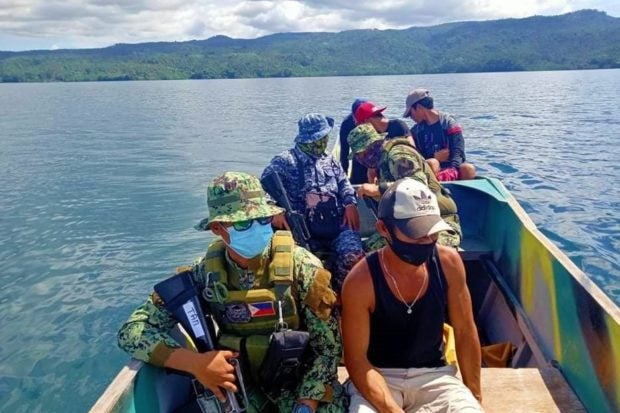 According to an incident report, the PCG SubStation in Margosatubig along with the Municipal Police Station served the warrant of arrest after a joint law enforcement team caught the fishermen using “hulbot-hulbot” during a fishing venture near Barangay Asinan last March 27.

The warrant was issued by Presiding Hudge, Hon. Arnold Diabo on Wednesday.

The Department of Agriculture (DA), under the Republic Act No.10654 or the Philippine Fisheries Code of 1998, banned the practice of Danish Seine nationwide. The illegal method of fishing requires the use of large rocks or heavy objects tied to a net.

“The arrested fishermen remain in the custodial facility of the Municipal Police Station – Margosatubig for proper disposition of the case,” PCG said.

According to the United Nations – Food and Agriculture Organization, this fishing method that originated from Denmark is carried out directly by the main vessel, so called “seiner” or from an additional smaller boat to be able to herd fish from the ocean floor.

The Department of Agriculture, however, banned Danish Seine because “it is known to destroy marine habitats.”

Under the amended Fisheries Administrative Order (FAO) No. 246 signed by former Agriculture Secretary Emmanuel Piñol in 2018, the “weights and heavily weighted scarelines” used in Danish Seines “contribute to the destruction of marine habitats as well as fishery resources.”