Pacquiao takes over as president of Duterte’s PDP-Laban 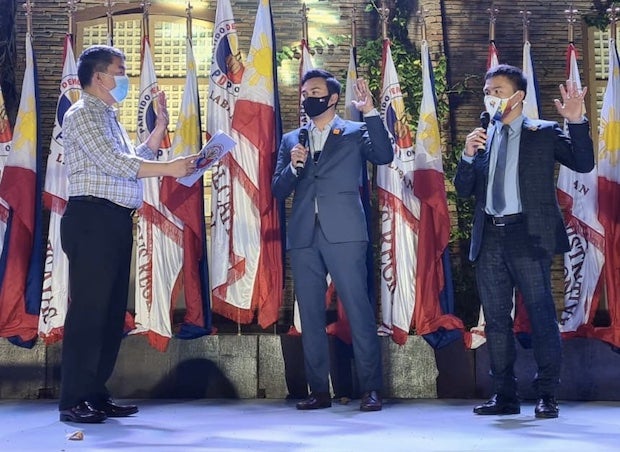 MANILA, Philippines — As the 2022 elections draw nearer, Sen. Manny Pacquiao was sworn in as the new president of PDP-Laban, the political party of President Rodrigo Duterte.

“Senator Koko Pimentel has passed on the practical day-to-day leadership of the Party to one with new, ‘modern’ ideas and one who has the time, energy, and boldness to prepare the Party for the 2022 national and local elections,” Ron Munsayac, PDP-Laban executive director, said in a Viber message.

Pacquiao’s name is among those being floated as a possible contender in the 2022 presidential elections.

Back in June this year, Bob Arum,  Pacquiao’s former promoter, said he wouldn’t be surprised if the boxer-turned-senator would run for the presidency in 2022.

But Pacquiao denied that he discussed any plans about running for president with Arum.

Bob Arum: Manny Pacquiao could be next PH president