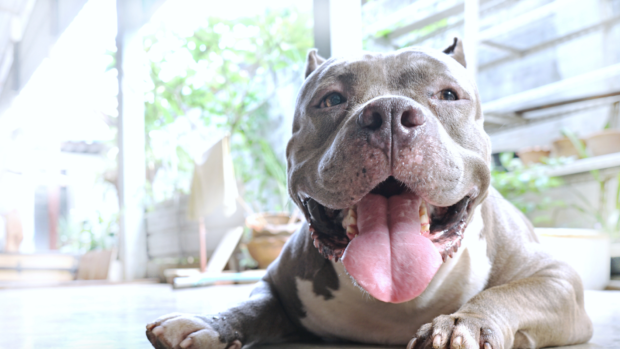 A pit bull has finally found her way back to her owner after 11 months of living alone on the streets of Chicago in the United States.

Two good Samaritans helped reunite Gracie with her owners recently after finding her on the loose, as per ABC-affiliate WLS-TV on Nov. 30.

Gracie’s owner Kelly Shade said that she went missing last December after a visitor had left their front door open. Shade and her family then went looking for her and placed notices around their area and on the website Lost Dogs Illinois. Despite their efforts, they were unable to track down their beloved Gracie.

However, the situation eventually took a positive turn when Polly Ellison spotted Gracie in their neighborhood around last June to August. Ellison lives about two miles from Shade’s house.

Ellison also noted that Gracie was skittish and would run away from anyone who approached her.

“She was in obvious fear of potential harm [and] I just couldn’t turn my back on her,” Ellison said in the report.

To earn her trust, Ellison and dog rescuer Katie Campbell left food for Gracie for months. Once they caught her, the pair scanned her for a microchip. They then found Shade’s contact details and reached out to her to share the good news.

“I just started crying all over again,” Shade recalled.

Following the heartwarming reunion, Ellison expressed that it has been an overwhelming experience. According to the report, Gracie also had a sibling dog to return home to.

Campbell later urged the public to “realize the ability of a dog to survive and just never give up on them.” They also encouraged pet owners to have their pets microchipped with their updated contact details.